On April 19th, I will be participating in the 2015 Walk MS in Narragansett, Rhode Island as part of team "Walkin' Myelin & Myel-out." The team is captained by my friend Renee Holder and so far a little over $1,900 has been raised of the team's $2,500 goal - with most of that being raised by Renee who personally battles MS every single day of her life.

I'm walking this year not just to support Renee who is an amazing woman but also to support the on-going research of a disease that affects millions of people with its unpredictable symptoms that range from numbness and tingling to blindness and paralysis.

I'd like to ask for your support in helping my team meet its goal but rather than just hope you'll find it in your heart to donate the cost of a cup of coffee (the expensive Starbucks kind!), I'd like to offer you something in return for your kindness and generosity. If you click on the link that I'm providing at the end of this post, visit my personal page, and make a donation in the amount of $3 or more, I will send you a digital file of this photo of Portland Head Light in Maine - one of America's most iconic symbols - that I recently shot on a very cold February day. 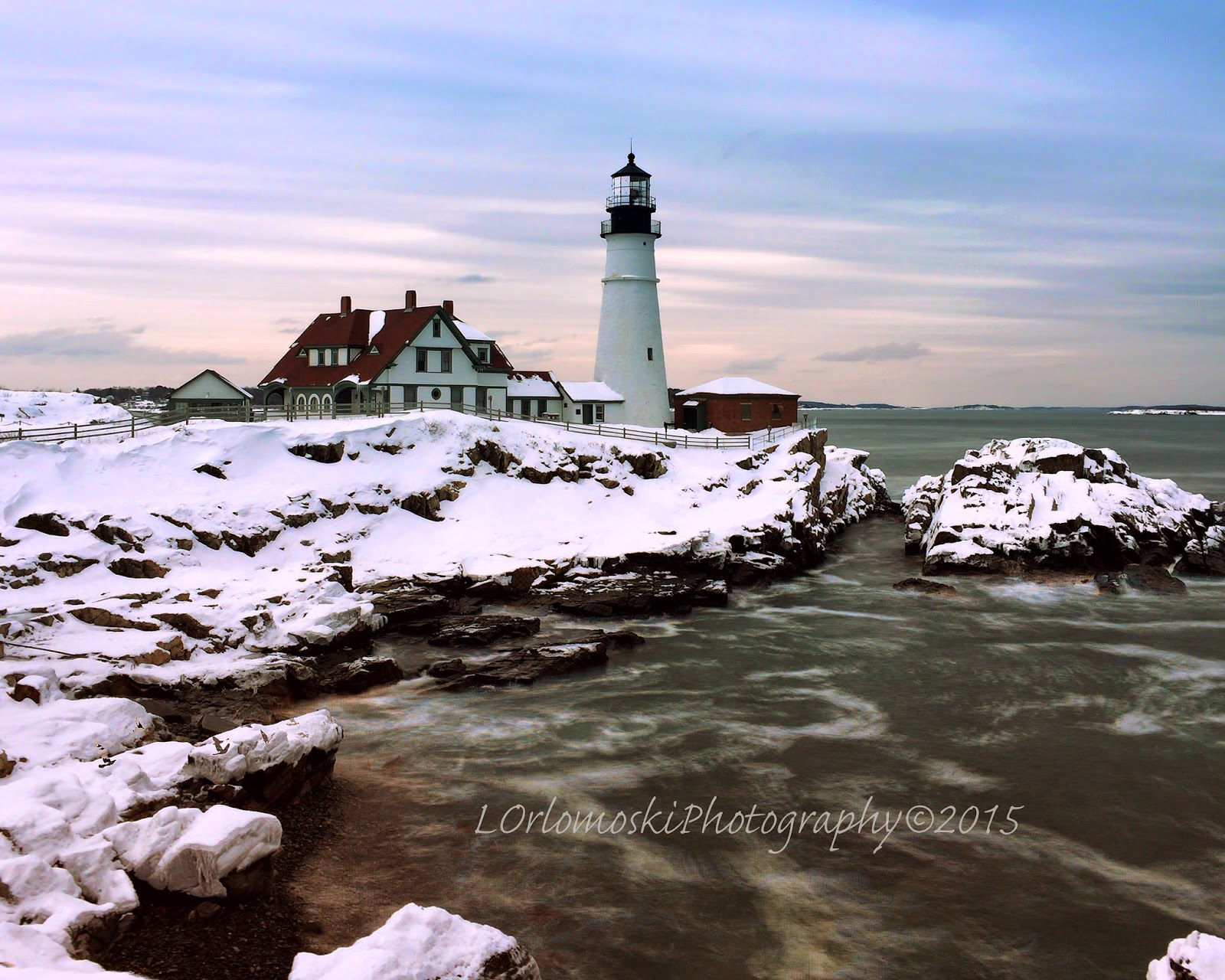 The high-resolution file (that won't include a watermark!) will print up to 16x20 should you want a photo that large or make a snappy background photo for your computer if you don't want to print it out but either way, it's my way of saying "thank you" for your support and help in the battle against MS.

If you don't wish to make a donation, I fully understand and would simply ask that perhaps you'd consider sharing this post just in case someone you know does. So what do you say? Visit the link and help a friend out who's trying to help a friend out! Thank you!

"Ordinary Boy" is No Ordinary Read

I've not posted anything on this blog in a very, very, very long time but I thought I'd bring it out of mothballs long enough to share a book review from Goodreads as I think this book is definitely worthy of not just reading but reviewing and recommending!

Ordinary Boy by Stacey Longo
My rating: 5 of 5 stars

As a rule when I think about Stacey Longo's writing I think of words like "Terrifying and scary!" but the only thing that's terrifyingly scary in her new book is how well she - as an adult female - has managed to get into the mind of a teenage boy. Even though the opening of the book tells us that Curtis Price is dead, Stacey does a terrific job of bringing him to life along with all of the nuances growing up as an outsider in the 80s entailed.

Curtis is a good kid with a good heart growing up on the wrong side of the tracks (if Osprey Falls, Maine has tracks that is!) with a mother who can't afford to pay the bills, his older sister Sally that he shares a room with even into his late teens, and his beloved Nana who exits the story way too soon. Like a lot of kids from broken homes, Curtis has a dad who fails to pay his child support and barely pays any attention to the kids he left behind leaving Mom to explain about things like wet dreams and other parts of growing up male that should have been answered by dear old Dad. It's in some of Curtis' conversations with his mother that you really have to wonder if Stacey Longo grew up as a boy in another life as she's got male puberty nailed down quite well.

Growing up in The Meadows, Curtis is not one of the popular kids in school nor is he one in his own neighborhood after a brief indiscretion but he doesn't go out of his way to try to become one either. He frequents his local library (good boy!) where some of his best friends are found in the pages of sci-fi and horror novels, makes a real-life best friend in another outsider - Al - whose family has money but a lack of familial warmth, works at a local nursing home where he truly cares about the residents there, and falls in love with a girl who in turn loves Curtis for the sensitive, good guy that he is. Unfortunately though, there are adults in the book who make a lot of bad decisions which end up in Curtis' tragic death which in turn ends up showing Curtis that he was no "ordinary boy" after all.

The true hallmark of a good writer is when you want to reach into the pages of a story and shake or slap a character or two and that's exactly what you'll want to do with several of them in this book. A story that you're going to have a hard time putting down once you pick it up, I highly recommend an "Ordinary Boy" which left me with a few questions but that's good as it meant I cared about the story's characters and I think you will too. 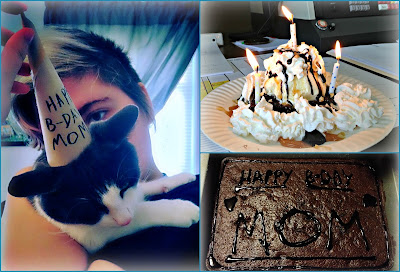 Yesterday marked either the end or the beginning of my 55th year on this planet (I can never remember if a birthday means you've just completed another year or you're starting another one!) and it brought to mind the question - "am I there yet?"  And where exactly is 'there'? Where better to contemplate that than on the blog I haven't updated hardly at all during this passing year!

I guess one of the questions a lot of ask ourselves when birthdays and such roll around is if we've managed to accomplish the things we had hoped to in life and as I look back over the more-than-half-a-century that I've been alive, I can only answer that with a 'yes' and a 'no'. Am I where I want to be in life now?  Not exactly.  Have I done the things I've wanted to do? Some - absolutely - while others are still in the hope-for stage.  Am I where I thought I'd be when I got to be this age?  Oh hells no!

First off, I have absolutely positively NO idea how I got to be in my mid-50s so quickly - especially when my mind is solidly stuck in my early 30s!  Not that I feel at all like I'm in my 30s when I try to roll my oftentimes achy self out of bed in the mornings or when my back starts twinging and my joints start aching if a storm is rolling in but for the most part, I don't feel like I'm as old as I am.  That said though, my memory has started to suffer from major lapses from time-to-time which I am going to solidly blame on menopause which I have the sneaky feeling I'm in.  I'm definitely at the right age to start wading through the hormonal changes that we women go through in our advancing years but it's kind of hard for me to tell exactly what's going on as I had that ablation a few years back and don't have the monthly indicator that so many other women do.

Not that I'm complaining, mind you, as I don't miss that at all but as I've only had the occasional "gee, it seems kind of warm in here all of a sudden" flash and the "oh my gosh, I'm going to bust into tears over that?" sort of moments, I'm just not positive where I stand with my hormonal levels. If not remembering why I walked into a room, being unable to think of the name of someone I've known for years, and not being able to grasp the right word even though it's on the tip of my tongue are any sort indication of those levels, though, then I've been in menopause for over a year now!

But advancing years and menopause aside - am I 'there' yet? Am I at a point in my life where I can say that I'm satisfied with the way things are going? That I'm where I thought I might be when I was a young kid of 18 or 21 imagining what my life might be like as an older adult? Nope as I sure the heck never would have thought that at 55 I'd be twice-divorced with two older daughters still living at home who bicker with each other every chance they get while working in a stressful job where there was no hope of retirement other than whatever Social Security would provide as I live paycheck-to-paycheck.  I don't believe that's exactly what I had in mind as I started down the path of adulthood.

That said though, life could be a lot worse and I am ever mindful of that.  I could have NO job like so many others in this country (including those two bickering daughters of mine), I could have never fallen in love and had children that may or may not drive me crazy from time-to-time, and I could have a lot more physical ailments than a couple of herniated discs that like to predict the weather and allergies that seem to get worse as I get older.

I have had a lot of opportunities that others haven't had including the chance to travel to interesting places where I've met some terrific people along the way who have become dear friends; I have had the chance to not only enjoy my hobby of photography but to share that with others; I have made some fantastic friends though the miracle of the Internet; and I have a decent roof over my head complete with electricity and running water and never go hungry.

Those are things that I am thankful for so even if I'm not 'there' yet it's okay as I'm still moving forward and maybe someday I actually will get 'there'.  Even if I don't though, for the most part, I've enjoyed the journey and I hope the good Lord gives me the chance to continue on it for a few more decades though guaranteed if I ever make it to 85, I'll be sitting there wondering how I got to be in my mid-80s when my mind is still in my early 50s!

Thank you to everyone who wished me a happy birthday yesterday, I appreciated every single greeting and gesture, and now if you'll excuse me, I do believe there is some cake in the kitchen that just might be calling my name!
Posted by Linda at 9/10/2013 8 comments: