********************
A long, long time ago on a blog far, far away (or at least several webpages over!), Jamie at Duward Discussion did a meme with five interview questions asked of her by Mo of It's A Blog Eat Blog World. Her answers were fantastic and it seemed like a lot of fun so I volunteered for Jamie to ask me five questions of her own choosing.

Jamie sent me off her five questions and I have sat here and looked at them since the 23rd of April trying to think of the best way to answer them. I was actually rather surprised that I didn't fire off a response right away but it has obviously taken me awhile to compose my responses. Jamie did say that she hoped it was easier for me than it was for her but obviously that hasn't been the case! I think, though, that I have finally managed to answer these to the best of my ability so without further ado, I present to you The 5 Question Interview Meme:

Question #1: Who is YOUR favorite Anime character and why?

My favorite anime character would have to be Lieutenant Colonel Maes Hughes from the series Full Metal Alchemist. As to the why; Hughes is a family man who is very devoted to his wife Gracia and is completely and totally besotted with his daughter Elysia. He comically shoves pictures of her into other people's faces much to their annoyance but this goofy action is more or less a cover for the serious and depressing nature of his work in the Investigations Division.

His undying love for his wife is what ultimately ends up killing Maes when Envy, one of the evil characters of the series, transforms himself into Gracia during a fight and Maes hesitates just long enough for Envy to fatally shoot him through his arm and into his chest.

Incurable romantic that I am, I can see the power of love in Maes' character and that's why he is my very favorite. Plus, as far as animated characters go he's not too hard on the eyes! 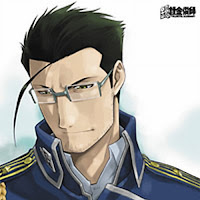 Question #2: What was the absolute worst call you have ever had to dispatch and how did you come to terms with it?

In November of 2001 I was working as a police/fire dispatcher at the Norwich Police Department when we received a call for a structure fire on Lake Street. I dutifully sent out the Fire Department and began the ritual of fire dispatch, which is a lot like being a parrot as you constantly repeat back what is being reported from the scene. When crews arrived on-scene, the house was engulfed in flames and it was then that I learned that four children were trapped on the second floor.

None of them made it out alive and when it was radioed back to me that there were four fatalities, my heart dropped to my feet and it was all I could do to not break into tears right then. At the end of my shift I was given a very big hug by the police officer that I had been working the desk with and then I went home to reflect on how helpless we as dispatchers sometimes are no matter how quickly we get help to the scene or how well trained those people are.

I opted to seek counseling through the Employee Assistance Program and was able to talk out my feelings of frustration and inadequacy - something that I think all dispatchers feel from time to time as oftentimes it seems that all we can do is send the right help and hope it goes well from there. We may not be physically on-scene fighting the flames with everyone else or providing hands-on medical care to a patient but trust me - we're there.

Question #3: If there was one place you could never see again, which one would make you miss the most?

Lake Tahoe in California. When you are leaving the Tahoe Basin via Route 50 heading towards Sacramento, there is a road that you can take that makes a hairpin turn to a spot overlooking the lake. From there you can see the whole vista spread out before you just as the pioneers might have seen it and, if it's at night, it seems that all you have to do is reach out your hand and you could pull the stars down from the sky. It's breathtaking. 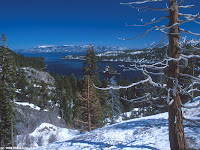 Question #4: What song (piece of music) always makes you smile when it surprises you in an unexpected place such as the supermarket.

"White Flag" by Dido always makes me smile when I hear it unexpectedly as it became "my" song when it first came out in 2003. I had managed to get my heart rather severely broken and had doubts that I would survive the agony of it all (ah, the melodrama!) and this song seemed to sum it all up nicely. It would come on at the oddest times and now when I hear it, having obviously survived said broken heart, I always smile and shake my head while remembering that time really does seem to heal all wounds. Most of the time! 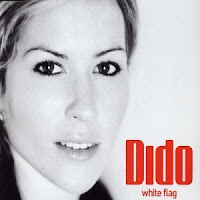 Question #5: Design your calendar. What image would you put on each month that would represent your hopes for a year from that date; i.e. May on the calendar would be a wish for May of the following year.

I hate to punk out on this one but I cannot for the life of me come up with a decent answer for this and I'm afraid that it is the one question that held up this entire interview! It's hard for me to project out what I want for the next year to come other than health, a little bit of financial breathing room, and reasonable happiness. Jamie, I hope I didn't disappoint you too much by not being able to answer this one properly but - honestly - I am stumped! 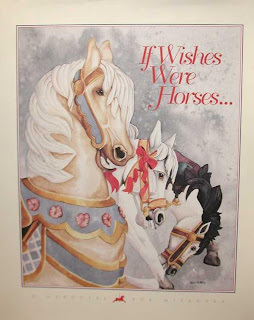 And now it's your turn - if you'd like me to interview you just follow the instructions below and I'll send you five questions of your own to mull over and agonize about!
You never know - this could be fun and it's a great way to have others get to know you a little better!
Posted by Linda at 5/01/2007