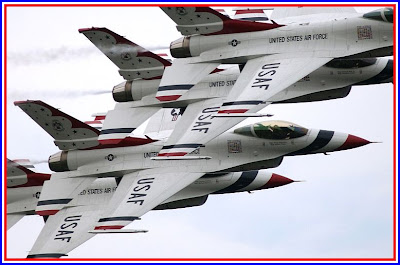 In a comment to my previous post with a picture of the Navy's Blue Angels, a reader took me to task by writing the following: 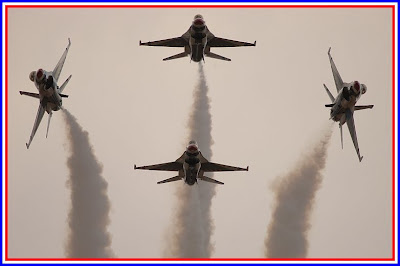 To that all I can say is "I'm sorry and you're right"! I had thought of it, really I had, but I had received the picture I used from a friend in an email and I took the lazy way out and used it rather than take the time to look for a picture of the United States Air Force Thunderbirds. As not only an Air Force brat but a former Sergeant in that same branch of service, I hang my head in shame. 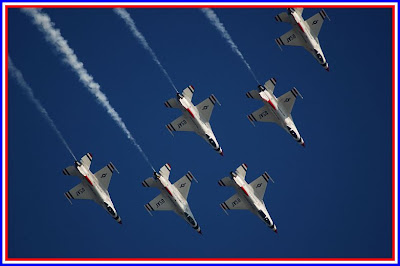 Hopefully these pictures will make up for my faux pas - sorry, John! - and Dad's ashes can stop swirling in their urn (I guess that's the cremated version of 'rolling in one's grave!).

Hope everyone had a safe and happy Fourth of July!