********************
Today's post is inspired by yesterday's post and some of the comments that I received in regards to Moulin Rouge. It's definitely one of those movies that you are either really like or really dislike and I can certainly understand that as Baz Luhrmann's movies seem to be that way; anyone who's seen his version of Romeo & Juliet with Leonardo DiCaprio would probably agree with me!

So, of course, I had to wonder what movies have made other people sit up and take notice or leave the theater with a slight case of the sniffles - movies that left you thinking about them long after the final credits rolled or that were so good you've actually gone out and bought the DVD so you can watch it over and over.

A few of mine are What Dreams May Come, For Love of the Game, Message in a Bottle, and Ladyhawke. If anyone notices a theme in there just nod your head and move on, I have already professed to be an incurable romantic so of course I'm going to like movies along those lines! Now enough about me, what I really want to know from you is: 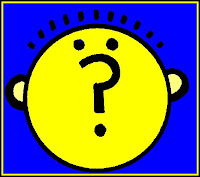 Oh, and before I forget, Jamie gets bragging rights to yesterday's question about the Elephant Love Medley by correctly identifying almost all of the love songs it is compiled from. Those songs in order are:
There was never any doubt in my mind that Jamie would be the one to get the answer right, she's a woman after my own heart and as she says, we appear to have been separated at birth! That's cool by me, I've always wanted a sister!
Posted by Linda at 8/23/2007