Manic Monday - Drop Down for a Great Time

It's Monday again and that means it's time to get manic with Mo from It's a Blog Eat Blog World. The Mighty Mo reached into his bag of themes last Friday and pulled out the word "Drop". With over 74 possible definitions of the word I had to contemplate this one for awhile until a good idea dropped into my head in the form of definition #8. the distance or depth to which anything drops: a ten-foot drop to the ground.

It's been awhile since I've had the chance to go on one, and Lord only knows if my back would allow it now, but in my younger days there was nothing I liked better than a good wooden roller coaster and that first major drop. There is no way to describe the feeling you get in the pit of your stomach as you climb the hill and your hands begin to sweat; the smell of the wood, the clack of the tracks, the air thinning out as you climb higher and higher! The anticipation is almost too much to bear until you crest the top of the hill and start the drop that feels like it's almost straight down while the scream that had been building up since you left the station bursts from your lungs as if you had been holding your breath under water for several minutes.

In celebration of that time-honored tradition of scaring yourself almost to death, I present to you the ten biggest roller coaster drops in the world. Maybe someday I'll get lucky and be able to take the plunge on one of these fantastic rides in person but for now, I'm just going to have to settle for looking at pictures. Anyone have a story of riding one first-hand? If so then drop your story into the comments! 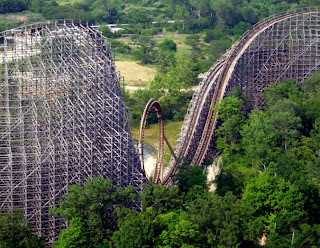 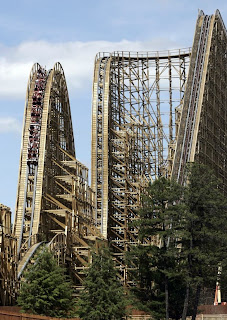 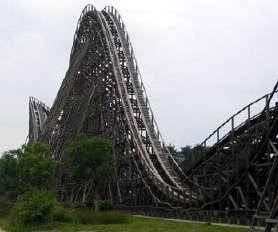 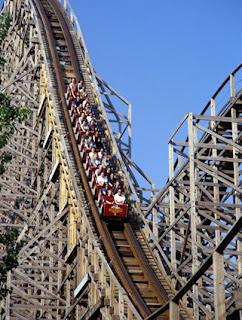 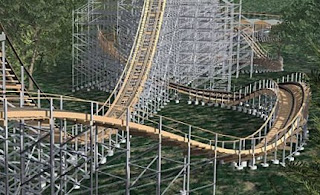 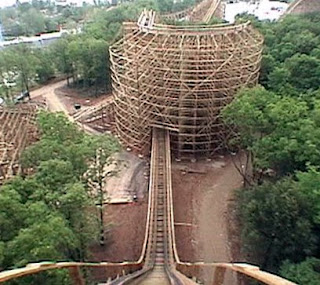 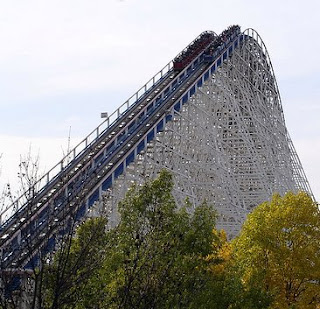 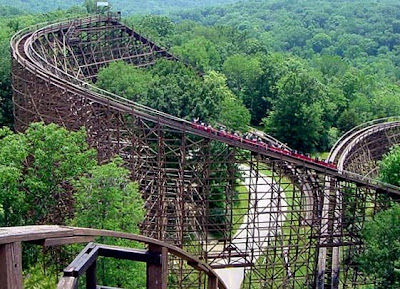 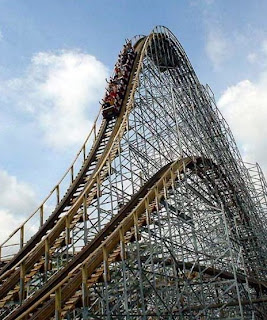 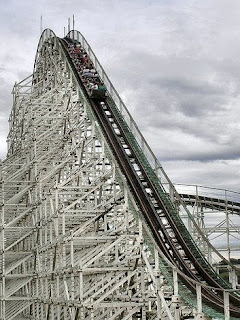 Oh, and as one final drop - I managed to drop 5 pounds on my diet last week. No mean feat for a woman with virtually no metabolism! Everyone have a great Monday!