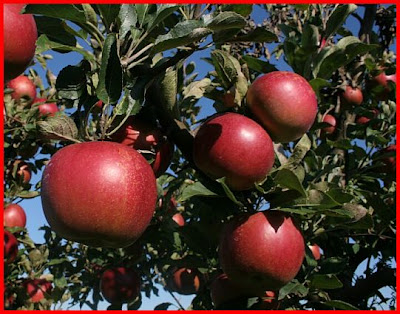 It's Monday again and that means it's time for another Manic Monday Meme hosted by the marvelously magnificent Mo from It's a Blog Eat Blog World. Mo has decreed this week's theme to be "crisp" and I'm sure that's in keeping with the advent of the fall season and that certain crispness in the air that arrives right along with all things autumnal.

As soon as I saw the topic for this week, my mind immediately went to one of my most favorite crisp things ever - apple crisp! Nothing says autumn like a warm bowl of apple crisp with a dollop of whipped cream or vanilla ice cream on the side! Maybe it's a New England thing but no matter where I have lived (and I've lived in a lot of places!) as soon as the weather has turned cooler, the days have become shorter, the nights have become longer, the air holds a certain crispness, and apples hang from their branches just begging to be picked my mouth starts watering for some homemade apple crisp.

For this week's post I thought I would share one of my very favorite recipes for apple crisp that is so easy even a no-talent hack in the kitchen like myself can make it! Give it a try and I'm sure you'll like it, too! 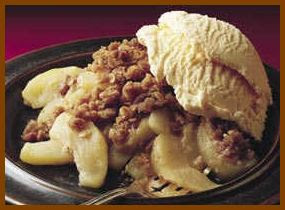 Now doesn't that just make your mouth water? I would say it's even better than cake! Miss Bee might not say that but I would! Have a fantastic Manic Monday and don't forget to visit the other participants!