Off to See the Doctor

********************
Rather than being at work and saving lives via telephone today, I took the day off so that I could go see my doctor about some rather strange numbness and tingling I have developed on the right side of my face and head. It came on rather suddenly Monday afternoon and has continued off and on since then so I figure that rather than just self-diagnose myself through the wonders of WebMD and other on-line doom and gloom-sayers I would actually go see someone with a medical degree!

I had spoken to one of the paramedics at work on Monday about it and he had suggested perhaps Bell's Palsy as the problem and then another friend who is also a paramedic, Andrew, reconfirmed that last night during an on-line chat. I had hesitated looking at anything online about it after talking to Glenn because, like he said, when you plug in your symptoms online you could have anything from a common cold to some deadly disease that you've never even heard of! However, after talking to Andrew, I did look at Bell's Palsy and my symptoms are pretty much right on the money though there are always other things it could be.

At any rate, I am off to see the doctor here in a couple of minutes to see what he has to say. I'm hoping that there are no expensive tests involved as my health insurance has notoriously high co-pays for things like CT scans and MRIs ($250 and $500 respectively!). Talk about numbing! Having to fork out that kind of money would be much worse than the Novacaine-like feeling I've been having for several days!

Oh well, could be worse, I hear some people have some notorious drooling associated with this sort of thing and luckily that hasn't happened - yet! 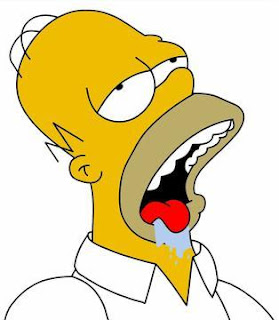