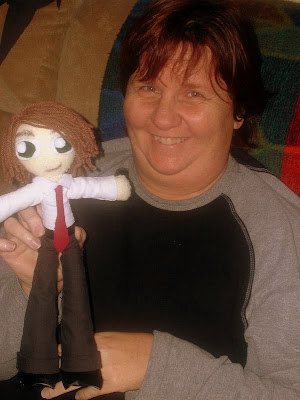 Once again I find myself apologizing for not having the opportunity to visit a lot of my regular blog reads but it appears that a lot of my free time is being taken up by my daughter who apparently has named me the assistant to the head plushie-maker. It's not enough that I spent a good part of Saturday sewing body parts together - oh no! - now I have to help make boots and pants both or else the poor guys are going to remain pantless much like poor Steve Righ who is still standing in the kitchen without any pants! 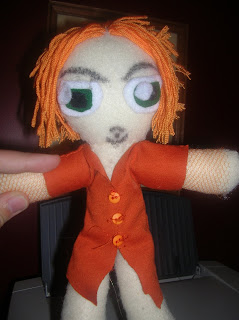 With the concert only four days away, that doesn't leave a lot of time for Amanda to get this plushie project done all by herself so, push-over that I am, I spent over an hour and a half this afternoon sewing a pair of pants for Frankie ... 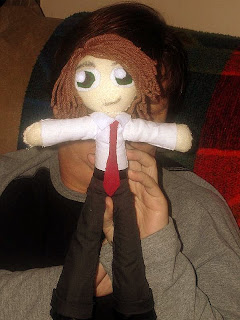 As you can see, he looks vastly improved over where he was on Saturday ... 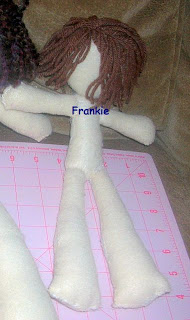 The only thing he's missing is his guitar and maybe some snazzy fashion jewelry but I think that he's as completed as he's going to get. Now I must go forth and create some pants for Bob while Amanda finishes making Mikey's shirt and tie. As you can see, I already finished his boots! 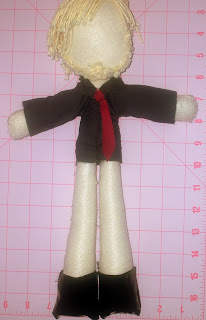