Word From Your Mother

********************
In anticipation of the upcoming My Chemical Romance concert next weekend in Maine, Amanda has once again - at the last minute - decided that she needs to do some artwork, etc. and as the clock begins to tick down, she begins to do what she always does when under a deadline - she gets pissy and snappy and becomes quite the pain in the hind quarters. I recall this quite well from the time previous to Projekt Revoultion when she had decided last minute that she needed to do artwork for everyone in both My Chemical Romance and Mindless Self Indulgence which was a total of nine - count 'em - nine band members. Needless to say, she was still doing some of the artwork the morning of the concert but she did manage to get it done and both Gerard and LynZ ooh'd and aah'd over it and all was right with the world. 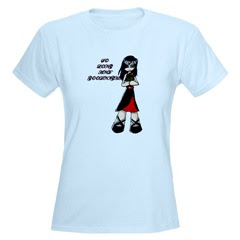 oday ... it is October 20th and one week away from the concert which is on October 27th. We have had tickets in our possession since October 1st so this isn't a last minute decision or anything like that. Oh no, Amanda has known about this concert for the past three weeks and yet she has waited until the week before to decide that she needs to make not just one or two but five plushie dolls along with five coffins to put them in and design a t-shirt to wear to the concert to boot. Ambitious a bit?? 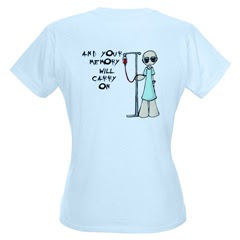 don't all disown her, I was put to work doing some of the sewing on the plushies. Truth be told, I don't mind helping out and do okay with a needle and thread but what I don't like is being snapped at by the very person who is asking me for some assistance! Amanda has a very bad habit of doing this and, frankly, I am getting quite tired of it. I don't mind being the supportive parent or the encouraging parent or the parent who helps out but what I do mind is having the very person who is asking me for these things to get snippy with me and expect me to just shrug it off and chalk it up to "she's under pressure". Bull excrement. This falls under that category of "biting the hand that feeds you" but apparently Amanda has not heard of that particular category or, if she has, she chooses to ignore it.

So, while I am sharing the couch with a pile of partial plushies ...

... I'd just like to remind my darling daughter of one thing ...

... especially if you plan on asking said mother for further help!

Oh, and just as a shameless plug, if you like the t-shirts Amanda designed, you can find them over at Artistic Intoxication at CafePress.com! I didn't say I didn't love her - I just said I was frustrated with her!
Posted by Linda at 10/20/2007