Veterans Day is only two days away on November 11th but how many people really know what Veterans Day is all about? Originally called Armistice Day in 1919 at the end of World War I, President Woodrow Wilson proclaimed the following:

"To us in America, the reflections of Armistice Day will be filled with solemn pride in the heroism of those who died in the country’s service and with gratitude for the victory, both because of the thing from which it has freed us and because of the opportunity it has given America to show her sympathy with peace and justice in the councils of the nations…"

The original concept was for the holiday to be a day of parades and public meetings with a brief suspension of business at 11:00 a.m. to honor the Veterans of World War I - "the war to end all wars". Sadly, that was not the case and in 1954, after World War II had required the greatest mobilization of soldiers, sailors, Marines and airmen in the Nation’s history; after American forces had fought aggression in Korea, the 83rd Congress amended the Act of 1938, at the urging of the veterans service organizations, by striking out the word "Armistice" and inserting in its place the word "Veterans." At that time, November 11th became a day to honor all Veterans of all wars.

Because the government is the government and can't leave well enough alone most of the time, The Uniforms Holiday Bill (Public Law 90-363 (82 Stat. 250) was passed on June 28, 1968 in an attempt to give all federal employees a three-day weekend when it came to our National Holidays - Washington's Birthday, Memorial Day, Columbus Day, and Veterans Day. The first Veterans Day under this new law was celebrated on on October 25th, 1971 amongst a lot of confusion and not even close to the original date. On September 25th, 1975, after it became apparent that commemoration of Veterans Day was a matter of historic and patriotic significance, President Gerald R. Ford signed Public Law 94-97 (89 Stat. 479) which returned the observance of Veterans Day to its original date of November 11th in 1978. It has since remained that date regardless of the day of the week on which it falls and is the date when all Americans should take the time to thank a veteran for his or her service to our country.

The day shouldn't be about Veterans Day sales at your local stores or about kids having the day off from school or banks and the post office being closed ... it should be about focusing on the important purpose of this day - a day set aside to celebrate and honor America's veterans for their patriotism, for their love of country, and for their willingness to sacrifice and serve for the common good.

My father was a veteran and served proudly in the United States Air Force for over twenty years. He retired with a Bronze Star medal, a Purple Heart medal, and exposure to Agent Orange in Vietnam that would eventually turn into Non-Hodgkins Lymphoma and end his life way too damned early. But he was proud to serve and I was proud of him - still am. 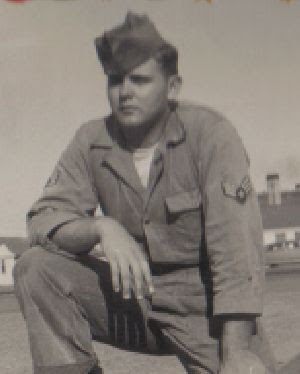 So for my Dad and to everyone else's Dad or Mom out there who served or is serving in the United States military, I ask you to take the time on November 11th to thank a veteran for his or her service to our country - no matter what you think of this current war or the wars that have gone on before it, we owe it to these fine people to remember them and honor them for what they do and have done.