The "Big Scoop" Direct from Rachel Lutzker Herself

Regular readers of my blog will remember that I wrote a post this past Tuesday on my All-Time High in Page Hits due to the increased number of people looking for information on former WFSB-Channel 3 Traffic Reporter Rachel Lutzker. Rachel has always been a big draw for people to my blog as she's obviously very popular but in the past three days I have amassed close to 1,500 page hits with the vast majority of them looking for news about Rachel's departure from Channel 3's Morning News Program.

In my post on Tuesday I mentioned that some people seemed to think that there had been a falling out between Rachel and Scott Haney, the weather man that she joked constantly with on-air. I rather doubted that myself but when there's no clear cut reason for something, people always tend to speculate and come up with some of the strangest things. In this case, I am happy to report that I am right and there was no falling out, no arguments, no reason for Rachel to leave other than a career move on her part.

How do I know this you might ask? Glad you asked because I have a really good answer to that! When checking my email after work on Wednesday, imagine my surprise to find an email from Rachel herself! At first I thought, "ut-oh, I'm in trouble!" but it was nothing of the sort at all but rather Rachel telling me her reasons for leaving Channel 3 and taking a position with Fox61, another TV station in Hartford. Just so I wasn't violating any sort of work-related confidential information, I asked Rachel if it would be okay for me to write a post based on what she told me and she said that I could post whatever I felt was relevant. She seemed a little surprised that I had asked permission as I guess a vast majority of people might not have but I try to never assume anything - especially when it comes to people that are in the public eye for one reason or another.

Anyhow, for those of you who are chomping at the bit to know what happened and why your beloved traffic reporter is no longer brightening your mornings on Channel 3, I offer you the following taken directly from Rachel's email:

"I remembered you had emailed me a while back about the holidays and recently a friend forwarded me some chatter about where I had been ... so. .. I figure, I'd let you know from the "horses mouth".

It's actually quite simple, there was no falling out .. no crazy drama! I work for Clear Channel, not WFSB .. never did. A few months back, my company decided to take our traffic product to FOX 61. They let me know of this and other opportunities over at FOX for me as well. That being said, I made the decision to stay with my company and go over to FOX where I will be a part of the new Morning Show in March and (as of this past Monday) I will also contribute Arts & Entertainment stories to the 10pm newscast ... something I had not done at WFSB.

So, as you see it's quite simple ... just trying to further my career and branch out of Traffic a little! I continue to do all my reporting for the radio stations and still have my show Acoustic Afterdark. Feel free to write me back!

So there you have it, "straight from the horse's mouth" and I'd have to say that pretty much sums it up now doesn't it? There was no big drama with Scott, no failed salary negotiations, no reason to leave Channel 3 other than a career move on Rachel's part and a chance to advance her career doing something other than simply traffic reports. Were I in her shoes, I'd have done the same thing as I'd love to do Arts & Entertainment stories for a popular TV station. All of the "bigger names" in news have started out at smaller stations and if Rachel has an eye towards someday going National, she needs to make a move like this. It makes very good sense.

In response to the email I sent her requesting permission to use her email, Rachel told me:

"You are so right about people loving the "drama", sometimes things just really aren't as complicated as people think and mostly they will make up whatever they want! The truth is, I just want to do more than just Traffic and FOX is giving me that opportunity. It's a whole new challenge, which is exciting! Ya can't blame a girl for wanting to do more!

To this day I will never understand the interest in me or what I am doing ... but I am glad it brings people to your blog!"

Not only is she nice but she's humble, too - no wonder she has so many fans! No doubt WTIC - Fox61 is going to notice their stats going up just like mine have on this blog (though it's going to take something a little more complicated than a simple Stat Counter to get those numbers!) once their new morning show starts in March but until then if you are going through withdrawals, you can catch Rachel from 7:00 to 9:00 pm on The River 105.9 where she has her Acoustic Afterdark Show. 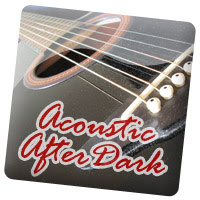 And not to worry, at the rate that time is flying by, March will be here before you know it and everyone can have their "daily morning fix" of Rachel when Fox61 begins their new morning show or you can try to catch her on the 10:00 news to see if she's doing an Arts & Entertainment report.

I hope that answers some questions that some of you might have had in regards to Rachel's career move and I really want to say a big thank you once again to Rachel for being so nice to email me and give me "the scoop" out of the blue like that. Oh, and another big thank you for all of the page hits! If this keeps up, I'll be passing the 50,000 visitor count in no time flat and when Rachel hits the big time, I'll be able to say "I knew her when!" Well, sort of!
Posted by Linda at 12/13/2007