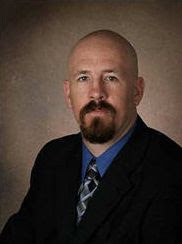 Detective Jarrod B. Shivers of the Chesapeake Police Department in Virginia died on Thursday, January 17th, while attempting to serve a narcotics search warrant in South Norfolk. When the suspect opened the home's door he immediately fired one shot, fatally wounding Detective Shivers, before he then barricaded himself in the home for a short time before being taken into custody.

Shivers, age 34, was an officer for eight years with the Chesapeake Police Department and was assigned to the Special Investigations Section. Detective Shivers was the recepient of an award five years ago through the Virginia HEAT (Help Eliminate Auto Theft) program sponsored by the Virginia State Police and was honored for uncovering a car-theft ring that stretched from Hampton Roads to Richmond.

Detective Shivers is survived by his wife, two daughters, and a son. The Bank of Hampton Roads has opened an account for Shivers where donations can be made under his name or under an account named “Officer Down” should anyone wish to donate in his memory.

This is ridiculous - it's only the middle of January and I have already added eight names to the Honor Roll on my sidebar ... this does not bode well for the rest of the year. Please join me in not only offering condolences to the family and friends of Detective Shivers but also in praying that this sort of senseless loss of human life will stop.
Posted by Linda at 1/18/2008