It's with a heavy heart that I post three more names to the Honor Roll on my sidebar today - three more officers who died in the Line of Duty during this very tragic month of January for Law Enforcement deaths. This puts the total up to 13 and there are still several more days left in the month for yet another dreaded email to arrive. I hope not ... I really, really do.

On Friday, January 25th, Mount Vernon Police Officer Christopher Ridley, 23, was trying to make an arrest outside a Westchester County government complex when officers from a different department spotted him, and, under circumstances that remain unclear, opened fire and killed him.

Ridley was not in uniform and was out of his jurisdiction, but White Plains Public Safety Commissioner Frank Straub said Saturday that the young officer had witnessed a violent assault taking place and rushed to break up the fight. Ridley was struggling with the 39-year-old suspect when Westchester County police officers came upon the fray. Witnesses told reporters that the officers ordered Ridley to drop his gun, then shot him when he didn’t immediately comply.

On January 28th, Mount Vernon Mayor Clinton I. Young and Police Commissioner David E. Chung posthumously promoted Officer Ridley to the rank of Detective. Mayor Young commented that, “the full details of the investigation have not yet surfaced but the one thing we are assured of is that Police Officer Ridley acted courageously and died as a result of his actions in the line of duty. Therefore it is fitting to bestow the honor of a Detective Designation on Christopher A. Ridley.”

White Plains police have interviewed more than three dozen witnesses to the fatal incident and are analyzing video footage from the area to determine the circumstances of Ridley's death which has drawn the attention of the Reverend Al Sharpton. Detective Ridley had served with the Mount Vernon Police Department for one year and is survived by his mother and father. 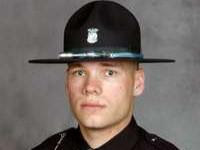 On Sunday, January 27th, Trooper Daniel Barrett of the Indiana State Police was killed when his car crashed into a tree. Trooper Barrett was on patrol at approximately 10:45 p.m. Sunday night in Fulton Country, 90 miles north of Indianapolis, when his cruiser moved to the east side of the road and hit a tree on the side of the driver’s door. He was declared dead at the scene of the accident.

Barrett, age 25, was a trooper since July 2007 when he graduated from the 67th Indiana State Police Recruit Academy. Before he began work as a trooper, Barret worked as a Corrections Officer and took criminal justice courses at Indiana University and Ivy Tech. Trooper Barrett is survived by his parents, two brothers and one sister.

Barrett is the 43rd officer of the Indiana State Police that has died in the line of duty. 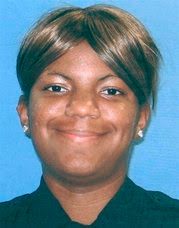 New Orleans Police Officer Nicola Cotton, age 24, becomes the first female Law Enforcement Officer to die in the Line of Duty this year after she was overpowered and shot with her own weapon by a vagrant who was wanted for questioning in a rape on Monday, January 28th.

Officer Cotton approached the subject in her cruiser and began questioning him but when she tried to handcuff the suspect, he attacked her and a seven-minute fight ensued. Officer Cotton used her radio to call for back-up but the suspect grabbed her weapon and shot her repeatedly.

Responding units arrived at the scene approximately two minutes after she was shot and located the suspect still holding her service weapon. He was taken into custody by the responding officers and has been booked on a charge of first-degree murder. The suspect had been arrested several times before on suspected sex offenses.

“I can tell you this officer fought with a man twice her size, and she fought very courageously,” said New Orleans Police Superintendent Warren Riley. “She followed procedure as far as we’re concerned.” Riley said police have several witnesses to the attack that occurred in a parking lot near a busy intersection in the crime-plagued Central City neighborhood, just a few streets away from the district police station, as well as security videotape of the deadly assault.

Officer Cotton had served with the agency for 2 years and was among the first graduates of the police academy after Hurricane Katrina.

May these three brave young men and woman rest in peace and may their families also find some measure of comfort in knowing that they died serving their communities with honor, valor, and bravery.
Posted by Linda at 1/29/2008