Now I know you're all just sitting on the edge of your seats waiting to hear about my meeting with Queen Mimi last evening but due to some personal obligations and other technical issues (such as waiting for royal approval from Her Majesty on which pictures I can or cannot use for my post!), it's going to take some time before I actually have that post ready to go.

In the meantime, I was inspired by a post I saw the other day over at Dottie's Place for this post and thought I would borrow from that post and ask those questions myself. She was writing about her job and asked some good questions -


Do you like your job?
If you could be anything, what would it be? 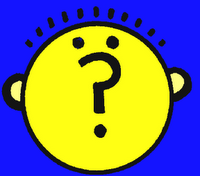 I thought that those were some great questions and they got me to wondering about how many people really do like what they get up and go out the door to do in order to make a living every day? How many would rather be doing something else and what would that something else be?

I actually do like my job - most of the time! - but there are times when I want nothing more than to run screaming from the room while tearing out my hair in great bunches. Well, maybe it's not that bad but there are days when I sure the heck don't want to get out of bed in the morning and go beat my head against a spreadsheet all day! Even though I am a 911 Emergency Medical Dispatcher, the biggest part of my job is trying to dispatch ambulances or wheelchair vans to routine transports and still have enough people left in the city to cover a call when 911 does ring. It's tricky at times - especially when the number of calls outweigh the number of crews that I have working and every hospital, nursing home, and doctor's office wants transportation and they want it now! I have to say that being a police/fire dispatcher was a heck of a lot easier because you didn't schedule calls - you took them as they came in and prioritized them and dispatched them that way. Depending on call volume sometimes people had to wait before we could get an officer out to their house for a non-emergency call but you did the best you could.

Emergencies, for all that they get your blood racing and can be stressful, are the easy part of my job. Do I like walking someone through CPR or the Heimlich maneuver on the phone? Probably not but it's easier than trying to shoe-horn yet another discharge from a hospital into an overly loaded ambulance whose crew hasn't had time for a cup of coffee - never mind lunch!

Now, as to what I would really like to do ... ah, if I could do it over again there are several other choices I might have made. I would love to have been a lawyer - particularly a criminal lawyer - and been able to argue my case in front of the court, maybe then I could afford to look at Hilton Head rentals! If not that then I probably missed my calling by not becoming a history teacher. I have always loved history and think I would have done well in a career of that sort. One other thing I really wouldn't mind doing is taking on a job as a tour guide at a national park - particularly a Civil War one. I could definitely see myself giving tours at Gettysburg or Antietam and being quite happy doing that. Of course, I'd probably be yelling at people to get their kids off the cannons and monuments but beyond that, I think I'd really enjoy it.