An Update and More Wishes

Before posting some more wishes that I found today, I wanted to update you on my recent trip to the eye doctor's that I posted about the other day wherein I was quite irritated about the whole co-pay situation. I popped into the Human Resources Department at work yesterday afternoon before I took over in dispatch and ran the scenario past them. Both Janet and Stacy didn't think it sounded right either and said that they should have told me up front what my cost was going to be to begin with just in case it was going to be different from what I thought it should be.

Stacy called and spoke directly to a representative of my crappy health insurance provider and was told that my co-pay for the exam was, in fact, supposed to be $30 and not the other way around where the insurance only covered $30 so it turns out that I was right and the people at the Vision Center were wrong. Woohoo! Janet told me to bring in my receipt on Monday and they would fax it off and make sure that I was refunded the $24 that I was overcharged.

So, all's well that ends well (hopefully) with that little adventure. Thank you, Rob, for your help in this and HR was once again impressed with your knowledge of our benefits! Maybe you should be working there instead of out schlepping patients around in an ambulance?! 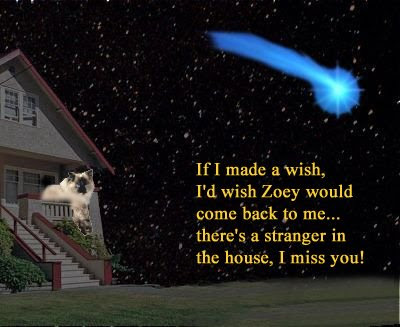 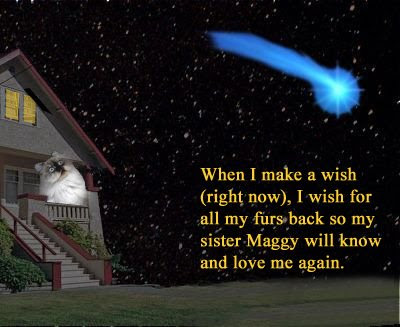 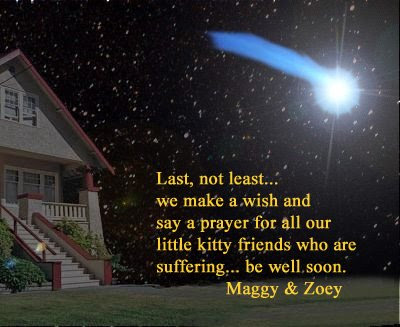 Maggie and Zoey @ Zoolatry
Three wishes from two kitties who look right at home on the porch! 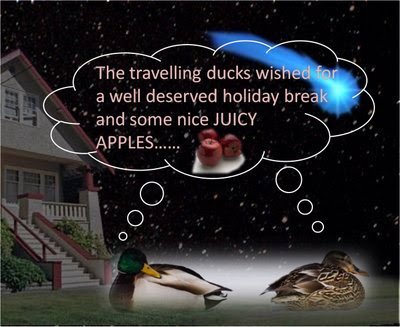