An Attack of Nerves

I am a bit of a nervous wreck right at the moment.

I'm not sure if it's because I haven't flown in close to six years and I have to get on a plane Thursday morning or if it's because I have to drive down to Philadelphia the night before I do it and there's all that New York traffic to deal with or if it's because it's time to go to bed and I have to work tomorrow before we leave and I'm still not done packing! Maybe it's a combination of all that? Maybe it's really that I'm not nervous so much as that I'm anxious? Maybe I'm just suffering from major league disorganization and disbelief that I'm actually flying back out to California? Hmm, I bet that's probably what it is!

The last time I left California in September of 2002 it was via Amtrak rather than a plane and, as the train pulled out of the station in Sacramento, I decided that I would most likely never return. I'd had my heart broken way too many times in the San Joaquin Valley (starting with the announcement by my first husband in 1981 that there were "too many single women available" for him to be a husband and father) and as much as I love Cyndi and Grandma Edith, it seemed like it was just too painful for me to ever be in Stockton again. Of course, as they say, time heals all wounds (or is that wounds all heels? I wonder how my first ex is doing?) and I've had close to six years to fall back, regroup, and rethink that decision.

Despite the memories of love gone wrong in Stockton, I lived there for quite some time and have many other happier memories that shouldn't be shut away behind a closed door that could never be opened again. Besides, I have the best friend in the world who has put up with my nonsense for over twenty years living there and a grandmother who loves me and still calls me her granddaughter long after the marriage to her grandson ended. If those aren't reasons enough to put the past behind me and get on a plane, then I don't know what are.

Add on the fact that this trip gives me the chance to meet some new friends that I have made through blogging and there is no reason at all for me to be nervous about getting on that plane Thursday morning no matter the fact that there are butterflies doing figure-eights in my stomach right now! 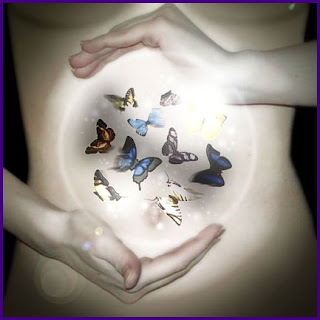 Of course, maybe the biggest problem here is that I haven't had a vacation in years and I've forgotten how to take one? I can tell you that I've sure forgotten how to pack for one (I'm afraid that either Amanda or I will forget our ipods or worse!) so I guess I'd best go finish that now and quit with the procrastinating. Talk to you later - from the West Coast!
Posted by Linda at 4/29/2008