Catching Up With Colin (Sort Of!) 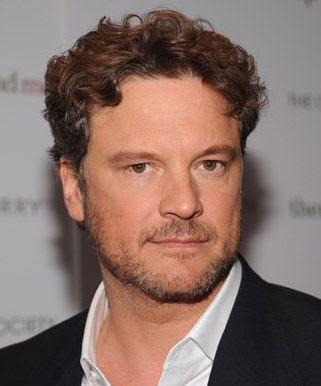 Just for a little background noise, I had the TV on earlier when the trailer came on for The Daily Show on Comedy Central saying that Jon Stewart was going to have Colin Firth on as a guest. Now, as I've stated previously several times in this blog, I do adore Colin Firth so naturally my curiosity was piqued and I just had to watch.

Apparently he's making the rounds for his upcoming movie "Then She Found Me" which also stars Helen Hunt who, as a matter of fact, directed the film, too. With the movie coming out on May 1st, it naturally needs a bit of hyping so Mr. Firth gets to go on various and assorted talk shows to talk the movie up but most of the interview on The Daily Show seemed to center on a tourist taking a picture of Colin Firth's penis in a men's room while he was attending a show in New York City. Alright then ... that's not exactly what I was expecting but what the hey!

What I did find out about the movie though, as Colin put it, is that "You need to see it. Helen Hunt is fantastic, Matthew Broderick is fantastic, and it doesn't have Hugh Grant in it." The movie also has Bette Midler in it and, even though you won't see his penis in the movie, Colin Firth is most definitely in it! Oh my ... there goes my blog rating right on down the tubes!

Speaking of tubes, here's the trailer from YouTube - check it out!