California Cruising on a Sunday Afternoon

With no particular agenda and nowhere special we wanted to go, Cyndi and I set out Sunday morning I pointed the car in a westerly direction to see where the road might take us ... 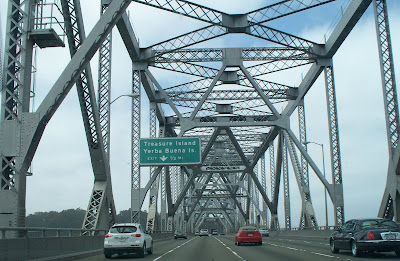 We crossed the first span of the Bay Bridge in Oakland 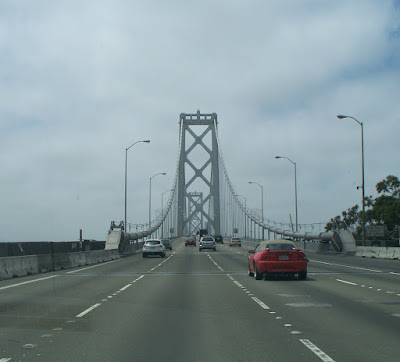 Then crossed the second half of the Bay Bridge into San Francisco. 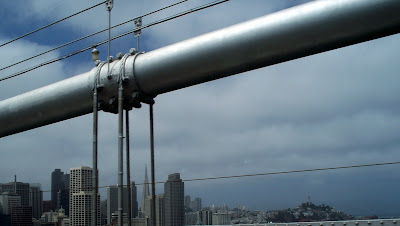 This was our view of San Francisco from the Bay Bridge and the clouds were looking a little ominous! 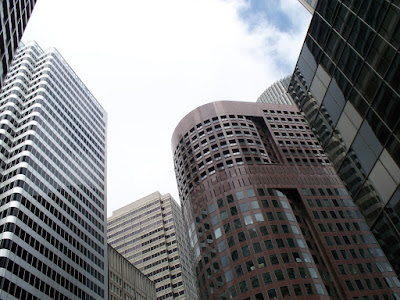 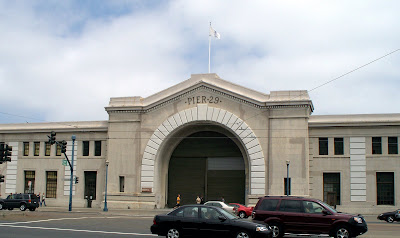 We drove past Pier 29 near Fisherman's Wharf

Before stopping to take a picture of Alcatraz, aka "The Rock", in the middle of San Francisco Bay 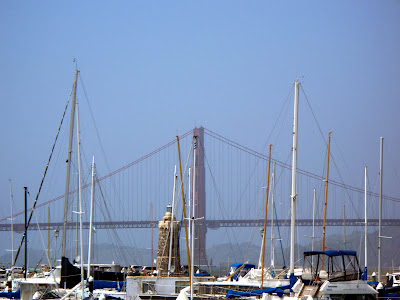 And then taking in the view of the Golden Gate Bridge from the marina. 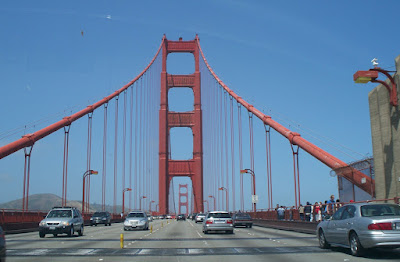 This was my very first time ever driving over the Golden Gate Bridge. 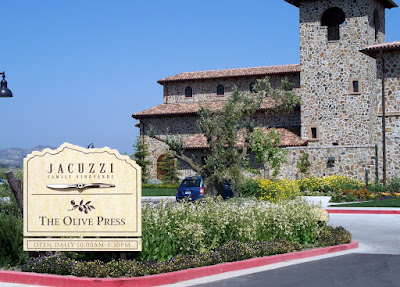 After crossing through Marin County into Sonoma County, we stopped in to do some olive oil tasting. 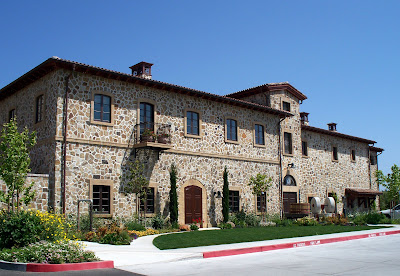 The Olive Press had some very tasty olive oils! 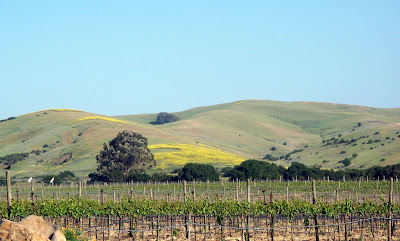 Continuing on we drove past vineyards in the Napa Valley 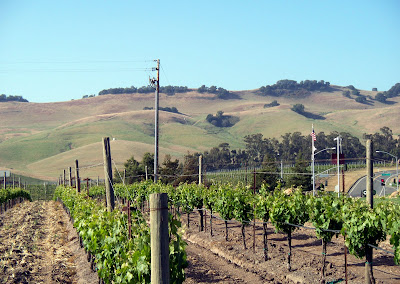 And of course I stopped to take a closer picture of the grapevines!

Turning down Route 12 towards Rio Vista, we saw windmills outside of Fairfield 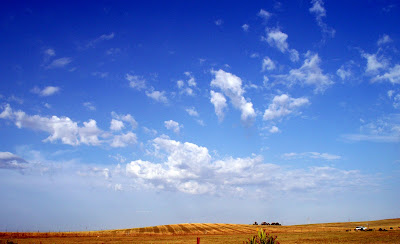 While the clouds and blue sky were lovely on our way back to Stockton.
One picture I don't have is of the California Highway Patrol Officer who pulled me over in San Francisco for making an illegal left turn even though she was very nice and didn't give me a ticket. She said that it was marked for "no left turn" but neither Cyndi or I saw that posted and after the unexpected traffic stop, we backtracked to the intersection and still didn't see a sign anywhere! Oh well, guess it's all part of the California experience though I have to say that's most definitely a first for me!
Posted by Linda at 5/05/2008