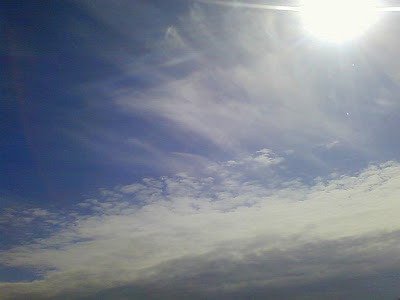 I've taken a major liking to clouds lately but apparently am not smart enough, despite almost two years of blogging, to carry my camera with me at all times should I see some interesting ones. Thankfully my cellphone has a fairly decent camera, though, and I was able to capture the above shot yesterday morning. After a full day of nasty rain on Friday (my day off - typical!) the clouds were starting to clear out a bit before noon. 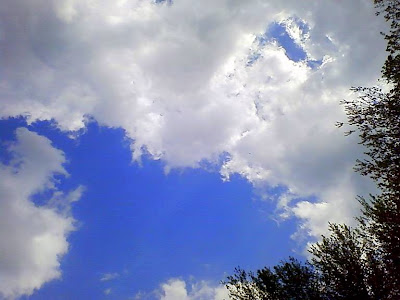 I took this picture from the sunroof of my car while on my way home from work and waiting in line with traffic. The formation reminds me a bit of the pictures I took of Lake Tahoe from the plane on my way out to California. Speaking of California, I'm glad I'm not out there now as it's apparently been hotter than Hades this past week. I'm all for warmer temperatures but not 100+ degrees in mid-May! 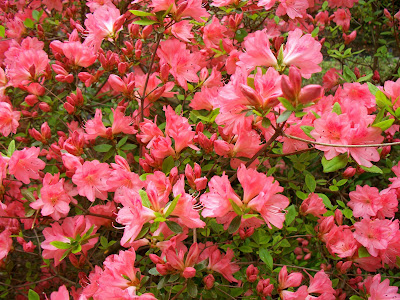 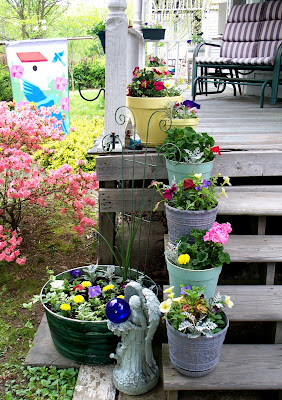 I went a little crazy with the flowers on my front porch this year (I'm guessing I'm trying to make up for last year's total lack of flowers) and they're starting to look pretty good if I do say so myself! If you're in the neighborhood, stop on by and we'll sit on the porch amongst the flowers and sip some iced tea! 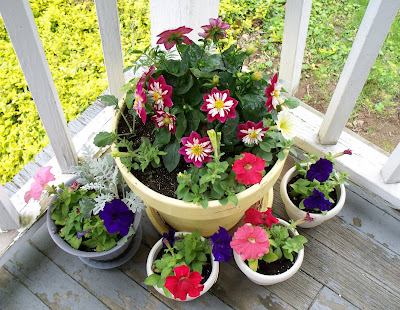 There's nothing like a few flowers to brighten up the place and make one smile! Did I say "a few" flowers? Hmm, remind me to show you more pictures later! I think I bought out half of the local greenhouse!

Oh, and speaking of smiling, I finally and at long last got that darned backup done on the PC even though it took me until 1:30 this afternoon to do it! So far the computer is running okay so I've got my fingers crossed that I don't have to do a System Recovery but the true test will be when Amanda gets home later and puts it through a teenager's paces. Keep your fingers crossed for me as - honestly - I don't want to spend another two days playing Geek Squad!

Alright then - back to work for me on this Sunday afternoon. Hope everyone had a great weekend!
Posted by Linda at 5/18/2008