Happy Birthday to My Son!

Isn't it funny how when you go on a vacation, once you get back from that vacation you feel like you now need a vacation to recover from the vacation that you were just on?

That's how I'm feeling at the moment but there's simply no time to just kick back and lounge around the house as there are things that need to be done such as grocery shopping (Amanda seems to think we actually need food in the house!), finding a Mother's Day present for my mom, putting together the last of the pictures from my vacation, and making potato salad for a cook-out I'm going to on Sunday at Jason & Amy's for a late celebration of Jason's birthday. 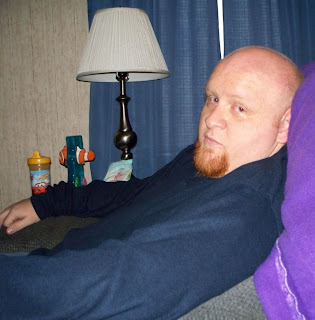 Looks like he should be a bouncer on the Jerry Springer Show, doesn't he?? Actually he may look all tough and mean but he isn't really and in spite of the fact that he always said he was never going to get married and have kids, he's done a darned fine job with both his stepson Christopher and his own personal version of the Energizer Bunny - Mathew. 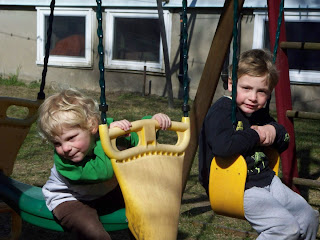 Mike and Laura, his wife, should be stopping by later on tonight to pick up his birthday present that I got in California (where he was born by the way!) on their way to see the new Speed Racer movie so perhaps I'll pick up a birthday cake while I'm out and about getting those groceries Amanda seems to think we need! After all, what's a birthday without cake - right, Miss Bee?? 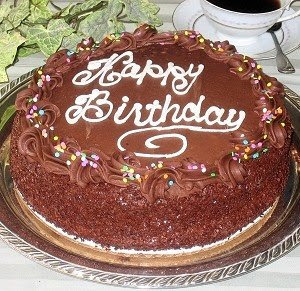 Help yourselves to a virtual slice - there's coffee around here somewhere, too - while I go take care of some errands. I'll be back later with more pictures from my evening at Cancun with Katherine and Sandee and other assorted stuff!
Posted by Linda at 5/09/2008