The Return of the Tree

Back on Friday, April the 4th, I wrote a post titled If This Tree Could Talk ... and included the following picture that I took while standing underneath a tree that stands in front of the Norton Alumni Gym on the Norwich Free Academy campus where Amanda attends high school. 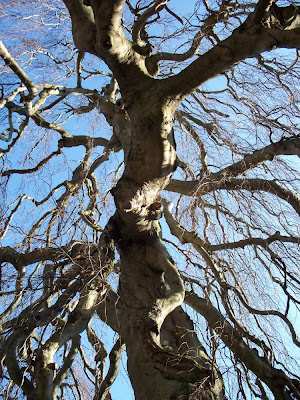 In the post I had stated "I'd be willing to bet that by the time Amanda's next concert rolls around, you wouldn't be able to see a bit of the sky through the branches which will then be covered with leaves. I'll have to remember to check it out in May." It's obviously May and tonight was Amanda's next concert so before it started I took a walk over to the tree and took this picture while standing underneath it - 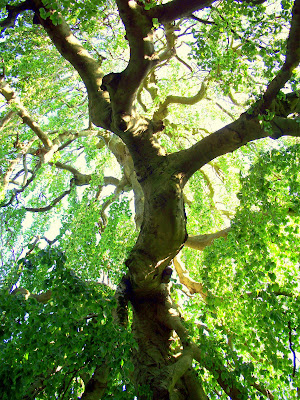 I was almost right as there is very little sky to be seen now that the leaves have all popped out and covered the branches so I'm going to say that I won that bet with myself. While taking the picture I couldn't remember the exact angle of my previous picture but I think I got pretty close to the one above. 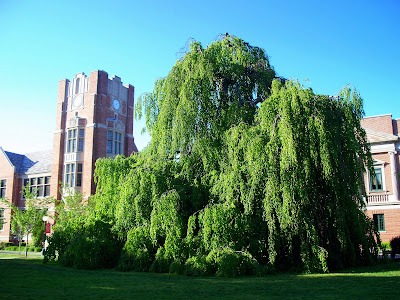 This is what the tree looks like from a distance and - trust me - it's HUGE! You can barely see the building it stands in front of it's so BIG! If anyone out there knows trees at all, can you tell me what this one is? It's not a weeping willow, though it looks like one, and I have no clue what it is - other than big!

Stay tuned for a concert post which I'll be doing as soon as I get the video uploaded!
Posted by Linda at 5/29/2008