Three more deaths in the law enforcement community across the country bring the June death toll up to eleven officers since June 2nd, making it the second deadliest month of the year so far. I’ve got my fingers crossed that it doesn’t pass January’s total of fourteen officers lost. 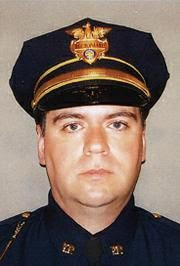 On Thursday, June 19th at approximately 3:00 a.m., Detective Sergeant Robert Deichman of the Youngstown Police Department in Ohio was killed when his patrol car struck a truck which was hauling a water tank that had backed out of a business driveway and into his path. The Detective Sergeant was on call and driving an unmarked car near his home at the time of the collision.

Police Chief Jimmy Hughes said Deichman, who worked in the accident investigation unit, was given the vehicle during off-duty hours in case he was called to the scene of a crash.

A nine-year veteran of the Youngstown Police Department, Sergeant Deichman, age 40, is survived by his wife, Lori; two daughters, Jenna and Juliana; and his parents. 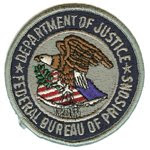 At the United States Federal Penitentiary in Atwater, California located in Merced County at the site of the former Castle Air Force Base, Correctional Officer Jose Rivera was stabbed to death by two inmates on Friday, April 20th. The inmates stabbed Officer Rivera with homemade knives as he was locking cell doors in preparation for the 4:00 pm headcount.

Other officers immediately responded to the location and restrained both suspects while Officer Rivera was transported to a local hospital where he succumbed to his wounds several hours later.

Deputy Tom MacKenzie with the Merced Country Sheriff's Department called it a real tragedy. "Our hearts go out to the family. God be with them. That's a hard thing to go though, especially with someone that's 22 years of age."

Officer Rivera had served with the Federal Bureau of Prisons for only 10 months. 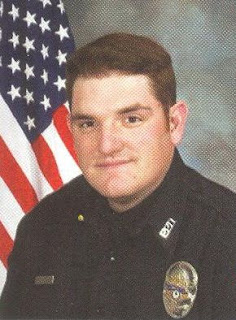 In Colorado, the Pueblo Police Department is mourning the death of an officer who collapsed and died while responding to a disturbance downtown. Police Officer Nicholas Heine and several other officers were attempting to break up several bar fights when he complained of feeling short of breath and collapsed.

Other officers rendered medical aide performing CPR until Officer Heine was transported to Parkview Medical Center, where he died a short time later of an apparent cardiac arrest. “This has been devastating to the whole department but more his own crew than anyone else because they were so tight," said Pueblo Police Chief James Billings.

Officer Heine, age 30 and a picture of good health, had been with the Pueblo Police Department for nine years. His mother Patricia, a detective with the department, pinned her old badge on him when he joined the force. "He was everything you hoped your kids would grow up to be," she said.

In addition to his mother, Officer Heine is survived by his wife and two daughters, Nichole and Rebecca. "They're having a hard time with this," said Pat Heine. "They keep expecting daddy to come home and he's not going to."

For too many families lately, Daddy is not coming home.
Posted by Linda at 6/22/2008