No Wind in Our Sale 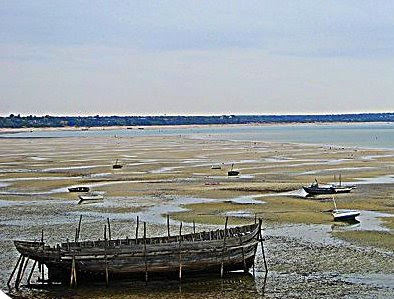 Alas, yesterday's yard sale turned out to be more like a boat beached upon the shores rather than a glorious sail on the high seas despite the fact that it was advertised in both the local newspaper and on Craig's List.

Personally, I'm going to blame it directly on the lousy economy that we are suffering from in our country. With the cost of gas being well over $4.30 a gallon here in southeastern Connecticut people are more apt to stay home then drive around to yard sales looking for great buys on secondhand merchandise no matter how beautiful the day is and how good the bargains might be. 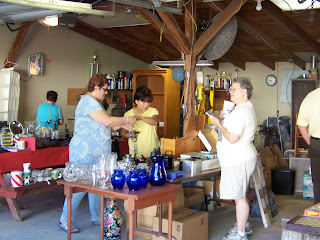 In the past, when we've had yard sales, there have been times when there have been droves of people jockeying for parking spots and swooping down on the merchandise laid out before them like kids in a candy store with money burning holes in their pockets.

Such was not the case at yesterday's sale as the best we could boast for a crowd was maybe five or six people at one time. In the end, I ended up netting a whopping $18.50, my mother made $40.00 and change, and my youngest brother and his wife who had the majority of the merchandise in the sale managed to pocket $180.00. My oldest brother and his wife didn't make a dime. By yard sale standards, those were some pretty paltry proceeds.

Oh well, at least I cleared a few things out of the house but in the end my golf clubs came home with me so I figure that's either God's way of telling me not to give up on the game just yet or perhaps I should place them on Craig's List and see if I can do better there.

Oh, and as for early birds and free coffee - the two people who showed up right at 8:00 said that they thought the ad was hilarious and almost came in with a cup in hand. They also ended up being two of the best customers of the day spending $25.00 on assorted stuff. See - sometimes a sense of humor does pay off!
Posted by Linda at 6/22/2008