The number of Law Enforcement officers who have died in the line of duty in 2008 increased again in the past few days with the deaths of two more officers in unrelated motor vehicle accidents as well as a third officer who was killed in a shooting ambush. 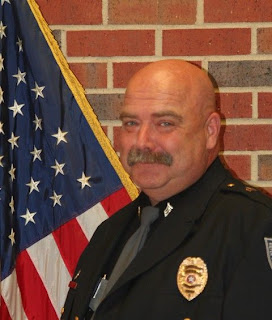 Sergeant Leslie (Les) Wilmott of the Keifer Oklahoma Police Department died Thursday, May 29th after his cruiser was involved in a two-vehicle crash in Rogers County. The accident happened shortly after midnight when Sergeant Wilmott’s patrol car rear-ended a tractor trailer near his hometown of Oologah; the other driver and his passenger were not injured in the crash.

"There wasn't a person in this department that did not look up to him or would hesitate to go to him for advice," Kiefer Police Chief Stacey White said. "He was always there to give a listening ear. He was a mentor and a friend to everyone here. He was, in my opinion, as close to the perfect cop as you could ask for.”

"He's going to be deeply missed by both his true family and his law enforcement family," Creek County Undersheriff Rick Ishmael, who worked with Wilmott for 25 years, said. "He was as good and honest and decent of a law enforcement officer as anyone I've had the privilege to meet or work with." Surviving Sergeant Wilmott are his wife, a daughter, two sons, and two grandchildren, as well as his parents and one sister. 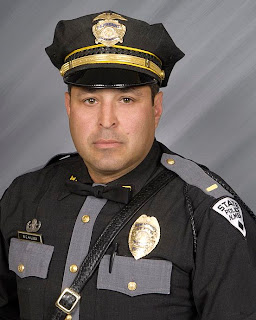 A 26-year veteran of the New Mexico State Police, Lieutenant Michael Avilucea, died Friday, May 31st, in a single vehicle rollover crash north of Santa Fe in Rio Arriba County. Lt Avilucea, assistant commander of the Alamogordo District Office as well as commander of the State Police Explosive Ordnance Disposal Unit, had supervised the disposal of some explosives in the Chama area and was on his way home when his truck flipped throwing him from the vehicle at approximately 2:30 p.m.

State Police Chief Faron Segotta, called Lt Avilucea a dedicated "state policeman's policeman” whose “experience and passion for his job will be irreplaceable.” “He was dedicated to serving the citizens of New Mexico and loved the department dearly. We will miss him very much."

Lt. Avilucea, 51, a native of New Mexico and Las Cruces resident, is survived by an adult son, his parents, and a brother who is a retired state police officer. 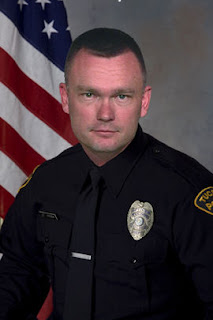 In Arizona, Police Officer Erik Hite, a four-year member of the Tuscon Police Department, passed away on June 2nd at the University Medical Center as a result of injuries sustained during an ambush that occurred on Sunday, June 1st.

Officer Hite was shot several times including once in the head while sitting in his patrol car during an incident that began about 10 a.m. Sunday morning after residents in a county area reported shots fired at homes by a man driving a red Ford Mustang. The suspect, dressed in camouflage, wounded two Pima County sheriff's deputies less seriously before he surrendered without incident to deputies part-way up Mount Lemmon in the northeast side of the city.

“From what preliminary information I have, I’m going to say it bluntly that Officer Hite was ambushed,” Tucson Police Chief Richard Miranda said Sunday. “There was some thought behind what the shooter did.” On Monday Chief Miranda called Hite an exemplary officer and stated that "there's a tremendous feeling of sadness" at the Tuscon Police Department where they are trying to come to grips with the first Line of Duty Death in five years.

Hite, age 43, joined the Tucson Police Department in February 2004 after a 21-year career with the Air Force. He is survived by his parents, his wife, Nohemy, and their daughter, Samantha, who will turn a year old next week; as well as a son, Roy David, who is currently serving in the military. Officer Hite was also a member of Shadowriders.org, an online motorcycle enthusiast group.

Please keep these men, as well as their families and communities, in your thoughts and prayers as I add their names to the honor roll that is growing way too rapidly on my sidebar.
Posted by Linda at 6/03/2008