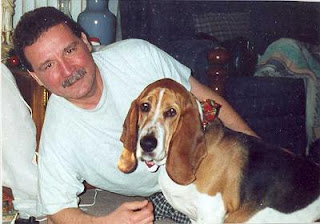 A 27-year veteran Chicago police officer was shot and killed by a woman who grabbed his gun during a struggle outside police headquarters on the North Side early Wednesday morning, July 2nd. Belmont District Police Officer Richard Francis had responded to a seemingly routine assignment on patrol alone with a woman who had caused a disturbance with a Chicago Transit Authority bus passenger less than a block from his police station. The woman, whom sources say sometimes slept at the police station and was often erratic and incoherent, grabbed Officer Francis' service weapon during the struggle and shot him in the head. The injured officer was taken to Illinois Masonic Medical Center and pronounced dead from multiple gunshot wounds just before 3 a.m.

Officer Francis, age 60, was described as the quintessential Chicago street cop. "He was just one of those guys who came to work every day, didn't complain, didn't whine and did a good job and went home to his family," said Belmont Area Deputy Chief Bruce Rottner. "Those are the guys who never get in the papers, never get accolades, never get awards, but those are the guys that are the backbone of the police department."

"It's a tragic loss for his family. It's a terrible loss for the Chicago Police Department," Police Supt. Jody Weis said. "It's a stark reminder of what the dangers this department and its officers face everyday."

Officer Francis, a Vietnam War combat veteran who took enemy fire on Navy Swift Boats in the Mekong Delta, loved his job manning "the wagon" on an overnight shift populated by officers half his age. "Life is beautiful," he'd tell anyone who would listen, even when it wasn't. He leaves behind his wife Debbie, two stepdaughters, and colleagues who will always remember him as a hard-working police officer who loved his family, basset hounds, motorcycles and his job. 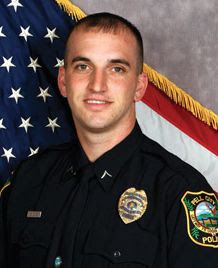 Residents of Pell City, Alabama are mourning the loss of Police Officer Kenneth (Greg) Surles who passed away on Friday, July4th from injuries sustained in a motor vehicle accident on June 18th. Officer Surles was crossing a U.S. highway on a routine patrol when his patrol car was struck by a tractor trailer. He suffered internal injuries and underwent several surgeries, but had two strokes and had been failing in recent days according to a family friend.

After his accident, Officer Surles had become the center of a community fundraising effort. Friends had staged a benefit walk, a blood drive was planned and police from other towns had offered to fill in so his fellow officers could visit him in the hospital.

On Thursday, Pell City Mayor Adam Stocks closed City Hall on Thursday so city employees could visit Surles at the hospital. Following his death on Friday, Mayor Stocks released the following statement: "These two little girls will never get to know their daddy like they should be able to, yet they will soon learn that their daddy has forever changed a city for the better. When they look back on this time, they will remember how a tight-knit community became even tighter and how their father touched many lives during his courageous battle."

Officer Surles, age 29, joined the Pell City Police Department in 2002. Before that, he worked for the Talladega County Sheriff's Department and Odenville police. He is survived by his wife, Robin, their 4-year-old daughter Makensi and 11-week-old daughter Madalyn.

Thank you to both of these fine officers for their service and their dedication to duty. May they rest in peace and their families be granted comfort.
Posted by Linda at 7/06/2008