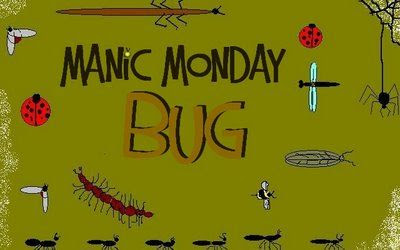 It's definitely the middle of summer and nothing says that better than the word "Bug" - which also happens to be the word of the week for Mo's Manic Monday Meme at It's a Blog Eat Blog World. Mo picked this word in conjunction with the first day of Doodle Week where the theme for Monday is "Doodle Bug". I've seen Doodle Week around but I tend to studiously avoid it because I doodle about as well as I sing ... which is badly ... but I know a lot of other people not only participate but do a grand job of it, too!

However, just because I don't draw or doodle doesn't mean that doodles are out of the question as I have daughters who love to draw. To that end, for this week's Manic Monday post I appealed to them for some help - after all, teenagers are experts when it comes to bugging people and certainly they know what a true pest looks like! Right?

Per my request (plea?), Jamie came up with this cute little guy here who most definitely qualifies as a Doodle Bug! 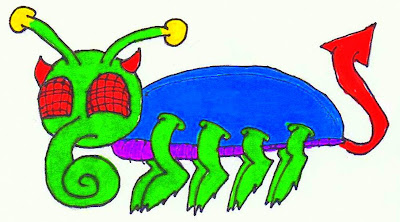 As for Amanda, she seems to know the true meaning of "pest" as her "buggy bug" is a bit more detailed and sinister looking which definitely qualifies in the overall bug department! 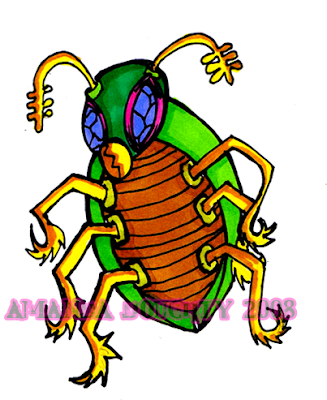 So there ya go, Mo, now you can say that you've been "bugged" by a couple of teenagers yourself!

If you want to see what's bugging other people on this Manic Monday then be sure to check out the linkies at Mo's Manic Monday Meme!
Posted by Linda at 7/14/2008