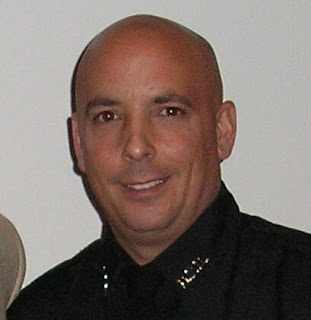 "Highly respected in the community, in both departments he worked in, he's the type of guy you would want to have behind you if things turn bad."

These words were spoken by New York State Police Detective Mark Cave as a tribute to Police Officer Aldo A. Rossi, Jr. a part-time police officer in upstate New York who was struck by a drunk driver on Sunday, July 27th, at approximately 3:30 a.m.

Officer Rossi was waiting for a Department of Transportation crew to remove a tree that had fallen across Route 7 in the village of Port Dickinson, New York when he walked over to talk to the occupants of a car that had pulled over on the shoulder. As he spoke to the people inside, a second vehicle crashed into the parked car and struck the officer. Officer Rossi was transported to Wilson Regional Medical Center where he succumbed to his injuries later that night.

A part-time officer with the Port Dickinson Police Department for fifteen months, Officer Rossi also served part-time with the Deposit Police Department. "Such a wonderful person, a strong-hearted person just gone so quickly and tragically He was just always a jokester. It's just a terrible loss to the whole community, the southern tier, and he touched many lives," said James Fisher, a childhood friend of Rossi.

Known as "Big Al" to his family and the community, Officer Rossi, age 42, leaves behind his wife Renee', his father Aldo Sr, two sisters, and three brothers as well as a large extended family. On Tuesday, July 29, 2008, Renee' walked with Aldo to his last act of heroism in donating his organs so that his big heart will continue to beat on this earth.
Posted by Linda at 8/02/2008