So it's Saturday morning and rather than do anything productive I'm sitting on the couch with my laptop and playing Word Twist on Facebook and wondering what to blog about.  Nothing in particular comes to mind so I guess we'll just go with some random stuff as it randomly pops into my head! 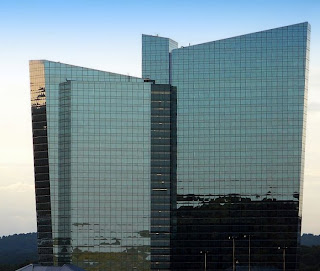 First off, thanks to everyone who left me well wishes on my post about my new endeavor at Mohegan Tribal Dispatch. I spent over three hours touring the complex with Frank the Fire Inspector ("Fire God") yesterday and got to see parts of the casino and complex that I never would have even thought existed!  The best part was going up to the roof of the hotel and taking in the view.  You can see a lot from 36 stories up but unfortunately it was kind of hazy so the view wasn't as good as it could be.  Still - it was impressive!  And me without my camera - darn! 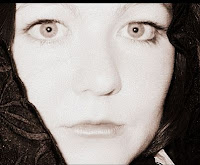 Speaking of impressive, a new British Invasion will be hitting the East Coast very soon when Claire flies into Boston on September 2nd - woohoo!  She'll be staying with Mags for a few days then making her way south to visit friends in the New Jersey/Pennsylvania area before hopping on Amtrak to come visit me from the 8th to the 12th.  She insists we do something spectacular for my birthday so I'm trying to round up some friends from work to meet us at the Harp & Dragon (the closest thing we have to a pub) for the celebration of the 11th anniversary of my 39th birthday! Thanks, Erik, for putting that so succinctly! 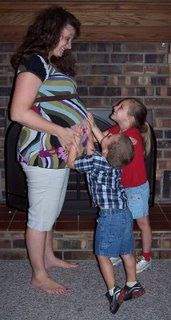 Birthdays remind me ... while you're bopping around the Blogosphere today, if you get the chance, bop on by CrAzY Working Mom and be sure to give Tisha some encouragement.  She's reached that stage of her pregnancy where she's more than ready to give birth but her new baby girl is apparently not quite ready for her own birthday yet!  She's got everything from crib bedding on down ready for the arrival but sometimes you just can't rush Mother Nature no matter how much your back hurts, your ankles are swollen, and you can't find a comfortable position regardless of whether you're standing, sitting, or laying down!  Hang in there, Tisha - it shouldn't be long now - I hope!  Oh, and have you picked out a name yet for your new bundle of joy?  Maybe that's what she's waiting for!

Waiting ... that reminds me ... I'm trying to patiently wait until the second week of September when I'll be heading to Rhode Island to spend a week at the beach with five of my bestest blogging buddies - the aforementioned Claire, Callie from Oregon, Kai from Canada, Mo from Michigan, and the marvelous Mags from Massachusetts!  Mags recently sent us all a sample menu of what she's going to be whipping up for us in the kitchen and just this one night's menu alone was enough to make me wish September would hurry up! ... 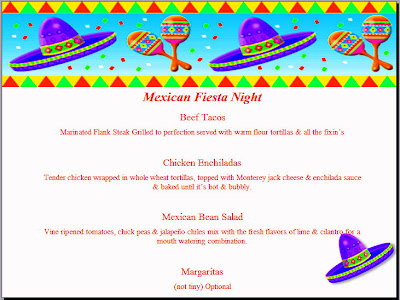 Can you blame me for being anxious with a menu like that?  I thought not!  In addition to eating a lot of great cooking we are all hoping to take a trip out to the tip of Cape Cod one day and a ferry ride over to Block Island on another.  Somewhere in there we also have plans to haunt a local cemetery or two (Callie and Kai are fascinated with the idea of old graves) and take some beach hikes at night.  Turns out that there will be a full moon during the time we're at the beach house so no doubt we'll all be trying to get some great pictures of the moon. Either that or howling at it ... I'm not sure just which yet!

Ah well, speaking of howling, my stomach is telling me it wants something to eat so I suppose I should go try to rustle up something other than Cheez-Its!  Everyone have a fantastic weekend whether it be one that's random or organized!
Posted by Linda at 8/23/2008