Ah, it's Sunday again which means it's a good time to take a look at more of the lovely churches that we have here in Norwich and continue doing some steeple chasing that I was inspired to do after reading similar posts by my friend the Princess Patti of the Late Bloomer Boomer.  I think that you'll find some of the nicest architecture ever when it comes to churches and even if they don't all have steeples, they are still beautiful buildings. 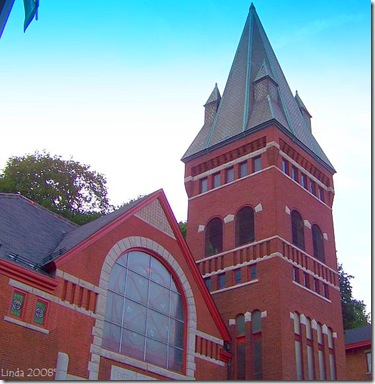 This first church is the Central Baptist Church which is located in the same square as Norwich's City Hall.  The cornerstone of the building was laid on November 18th, 1891 with the formal dedication of the church taking place on October 14th, 1892. Central Baptist sits directly across from the United Congregational Church... 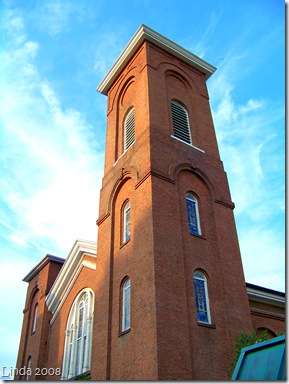 ... which was built in 1857. The congregation of the United Congregational Church was very involved in helping to educate people as well as the anti-slavery movement. Abraham Lincoln visited here before his election and the church was the founder of the Norwich Free Academy where Amanda attends high school. 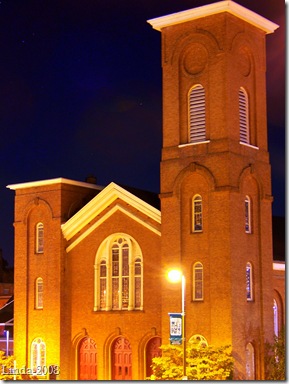 As an added picture bonus, I snapped a shot of the United Congregational Church when I was out doing night photos during the last full moon. I think it takes on a whole new look at night. 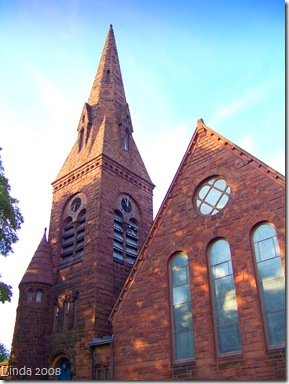 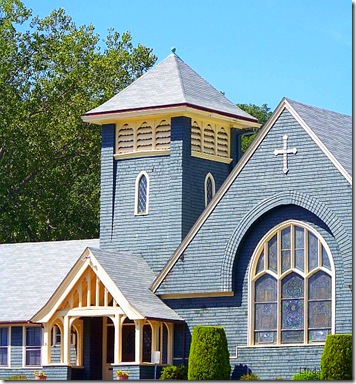 Speaking of Congregational Churches, this is the Taftville Congregational Church, though it's often referred to as "The Green Church" when giving someone directions! Taftville is one of the villages of Norwich; in 1866 it was named after the founder of the large textile mill that was located there. Formerly one of the largest textile mills in the country, the Taftville Cotton Mill is now known as Ponemah Mills and is being converted into luxury apartments.

This castle-looking structure, appropriately located on Church Street in downtown Norwich, is the Family Church of God but I haven't been able to really find out anything about this church in my research.  I found the prism effect in this picture to be quite fascinating as the only other time I've had that come out in a picture before was when I was taking pictures in a cemetery and I've never been able to account for it but I think it looks nice. 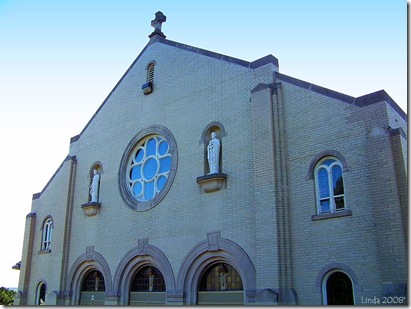 On the west side of Norwich sits Saints Peter and Paul Church which was founded in 1938. Behind this church sits a lovely park that depicts the Stations of the Cross where I recently took some pictures that I'm sure I'll be posting at a future time. 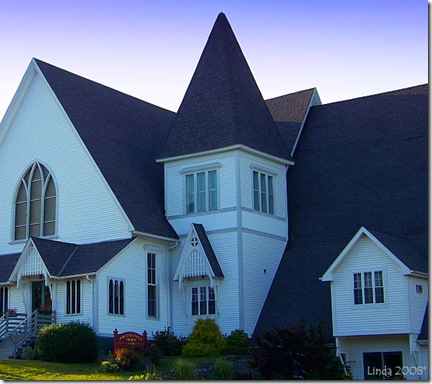 Also located on the west side of the city is the First Baptist Church of Norwich which was established in 1880.  The current congregation is under the direction of Pastor Cal Lord who has been with the First Baptist Church for over 22 years.  Believe it or not Dr. Lord has a blog of his own titled Dancing With God and he has been kind enough to occasionally stop by and leave a comment or two here on my blog.  He's given me encouragement with my pictures so I hope he likes this one of his church!

I hope you've enjoyed this last series of photos of some of the churches located in the town I call home.  There are a lot more churches tucked away in various parts of Norwich but whether I get to them or not will remain to be seen!  Everyone have a great Sunday!