First off, I want to thank everyone who stopped by yesterday and left me birthday wishes - I appreciate and love every single one of them. What more could a blogger want for her birthday then to have lots of lovely comments left wishing me a happy day? And for those of you who also wrote posts, another big thank you - you guys are all the best.

Speaking of the best 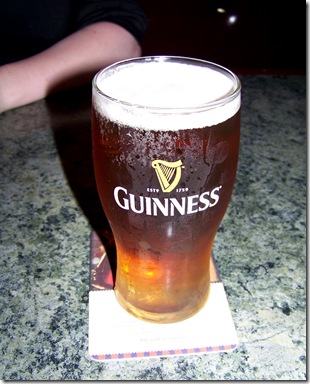 I had the absolute best time ever last night at the Harp & Dragon where I had the chance to celebrate the 21st anniversary of my 29th birthday with two of my bestest blogging buddies and some of the wonderful people I've met at work.

Now even though you've all been hoping for one, unfortunately the only picture you're going to see of Claire in this post is the one of her arm in the background of this picture of my first drink which was a Dragon's Bite (a Smithwick's and Cider which is actually quite tasty!). Claire is no big fan of cameras being pointed in her direction and even though I know you're all anxious to see pictures of her, I have to respect her wishes and you're all just going to have to learn to be disappointed. 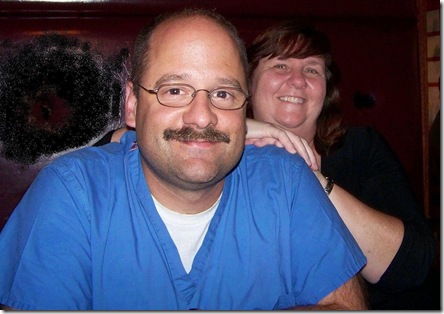 I, on the hand, apparently seem to have no such compunction when it comes to being photographed as you can see by this picture of myself and Andrew, one of my friends who came out to help celebrate the evening with myself, Claire, and Mags who came bearing cupcakes with chocolate ganache frosting - yummy! I think it's probably pretty obvious that I think the world of Andrew who has been one of my best friends at American since I started working there over five years ago. A nicer guy you will never find - truly!

In addition to Andrew, I was surrounded by several other handsome men and and I can think of no better way to usher in my 50th year of birth than with a bunch of really good looking guys who had me smiling and laughing all evening long as well as two wonderful blogging buddies who have become real life friends for life. 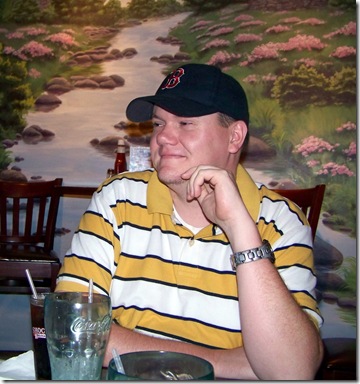 Joining us was Erik who used to be one of my dispatch partners at American before he moved up to Quinebaug Valley Dispatch which is closer to his home and a lot less stressful - most of the time! I still get to talk to Erik in a professional capacity from time to time when he calls looking for a paramedic intercept but it was great to see him in person again. Erik even has a blog of his own called The Fire Insider so feel free to head over and tell him 'hello'! 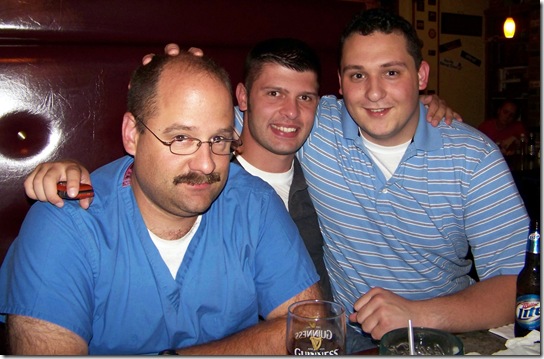 Along with Andrew was the extremely adorable JM whom you've all had the pleasure of seeing here before in other posts looking just as drool-worthy as ever (and yes, I said "drool-worthy"!) Next to him is Dennis, another friend you've seen here on my blog from time to time who is a fantastic paramedic, a talented photographer, and a cutie, too. 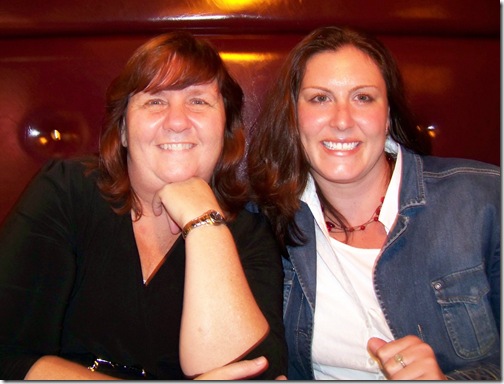 Last but not least is my favorite picture of the night of myself and the beautiful Ms. Maggie Moo who I still think has the best smile in the entirety of New England! What an honor and treat to have her come all the way down from Boston to help celebrate my birthday! This is the second year in a row that she's been part of my birthday as last year she brought a delicious Red Velvet cake to me at work but she was living a lot closer in the same State at the time. To come all the way from Boston definitely makes me feel special and I can't thank her enough for being there last night. She's the best!

In addition to the fantastic people above, Seth, Kyle, Stephanie, and Sarah also came round to join in the evening but unfortunately I don't have pictures of them. Despite the fact that I don't drink 'nearly enough' according to Claire (two is my max) it was a fun evening and truly THE best birthday I've had in a very, very, very long time! If all birthdays were as good as this one was then I'm pretty sure people wouldn't mind having them at all! I know I sure wouldn't!