A Flock of Seagulls and Mum's the Word!

After spending the day before exploring Block Island, Wednesday seemed like a good day to just kick back, relax, and do our own thing at the beach house. After all, isn't that what vacations are all about? Relaxing, enjoying, and eating way too much? I sure hope so because I'm guilty on all counts!

While Mags relaxed on the deck reading her new book that she had picked up that morning after getting her hair cut and Callie, Mo, and Kai paid a visit to the local laundromat (okay, so that's not exactly having a good time but it was necessary!) Claire and I took a drive over to Wakefield so that I could fill up my car with slightly less expensive Rhode Island gas, Claire could raid a local ATM to get more money to contribute to the economy, and I could find the ingredients to whip up a batch of apple crisp for desert.

Knowing that we were very close to Point Judith and wanting to take a few more pictures of the lighthouse on a bright, sunny day I pointed the car in that direction and soon Claire and I found ourselves walking out on a rock jetty that was just south of the lighthouse. Hopefully Claire won't mind that I post this picture of her walking along the rocks; even though you can't see her smiling face, trust me - that is her!

Unlike Claire, the seagulls in the area were quite willing to pose for pictures so in addition to pictures of the seashore, I was able to capture some shots of the local "residents"!


Finally dragging ourselves away from the beautiful seashore, Claire and I headed back towards Matunuck with one more stop on our agenda at the local farm stand that was just down the road from our beach house. Having driven by it numerous times we knew that there were some beautiful fall mums and pumpkins to take pictures of plus I needed to get some Cortlands for that apple crisp I had promised everyone!


Upon arriving back at the house we found Mags still reading out on the deck, Kai relaxing right along with her, Mo having himself a nice nap, and Callie just waking up from hers. Sounds like the perfect way to spend a day on the shore, doesn't it? Before I knew it, the sun was starting to go down and I set up my tripod to take some lovely shots of the sunset - I'll post more of those later! 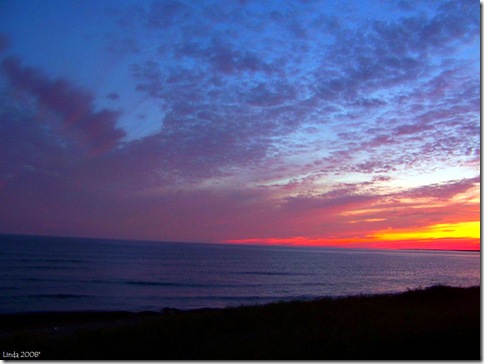 Later, I was ready with my camera at the ready once again to try to catch some of the beauty of the night as the moon rose over the roofs of the beach houses near us.

All in all, it was a beautiful day and a great way to spend the mid-way point of our beach house vacation. Oh, and I guess I should come clean and add that while Claire and I were in that area we snuck back to Iggy's for a small cup of the best chowdah on the East Coast! Our bad but it really is very, very, very good! 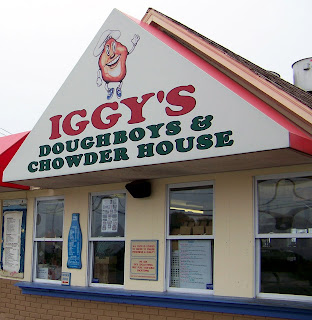