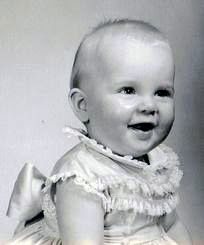 My Mom once told me that when I was a baby she used to dress me up in cute little dresses and such and people used to think I looked just like a little China doll I was so cute; then continued on to say she wondered what happened! I guess that explains where I got my sense of humor, doesn't it?

Looking back - way back - I'd have to say that I was a cute little kid though I really could've used a little extra hair to go with that ruffly little dress with the big bow in the back. I'm not sure what color it was but I'm going to guess it was pink and I bet I had cute little shoes to match. Not too sound too immodest, I'd have to say that at that time of my life I was a real babe! 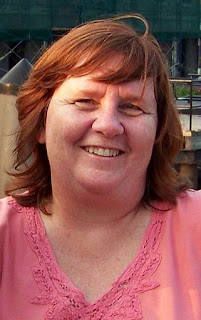 Flash forward 49 years later and there have been some obvious major changes - I now have a full head of hair, I no longer wear ruffly dresses with big bows and matching shoes, and I'm not even close to being a babe. But ... that said ... it's been a pretty good journey from the time of that first picture to the time of this second one.

Perhaps my life hasn't taken the path I would have liked it to; I mean, come on, who says they want to have two divorces behind them by the time they turn 50, be a single parent, and barely scrape by financially?? Overall , though, I'd have to say that it hasn't been a bad life.

Would I make any changes? You betcha! Would I change my life for that of someone else? Hell no! It hasn't been a perfect life but it's been mine and during the course of the last 50 years I've met some fantastic people and made some fantastic memories. Unfortunately, I can't remember all of those fantastic memories as I have seem to have early onset Alzheimer's setting in (or so it seems) but I know the good has definitely outweighed the bad,

So - the question begs to be asked ... what are my next 50 years going to be like? Good? Bad? Mediocre? As I march boldly into the future with my AARP card clutched tightly in my hand, I honestly have to say I don't know!

What I do know, though, is that for today it's gonna be good as it's lunch with my good friend Rhonda and blogging pal Claire who has popped over from across the pond to spend this most auspicious occasion with me (and who is even more smashing in person than on her blog!); then later in the evening Claire and I are off to the Harp & Dragon, the closest thing we have to a pub here in Norwich, for a pint or two and to meet up with the marvelous Mags from Boston and some more friends to help make the day even better! Sounds like a good way to start off the half-century mark to me! 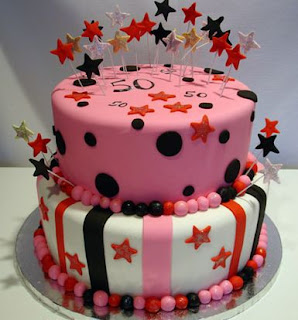 In the meantime, though, what's a birthday without cake?? Help yourself to a big ole' cyber piece and mingle amongst yourselves while I go out and seize the day - with both hands!

Thank you for stopping by and helping make my 50th birthday a special one!