We're only six days into September and four more law enforcement officers have died in the line of duty. I sincerely hope this isn't a portent of things to come. Please join me in honoring these brave men and women who protected and served their communities before their deaths came way too soon.

In New Jersey a Belleville police officer was killed and another seriously injured Saturday when their cruiser struck another vehicle while the officers were responding to a call just before 8 a.m. on Saturday, September 6th. Police Officer Kenneth Santucci was operating the cruiser while responding to a report of a suspicious person when he lost control of the car and hit a utility pole, ejecting both himself and his partner.

Officer Santucci, age 33, was taken to Clara Maass Medical Center, where he was pronounced dead a short time later. His partner sustained serious head injuries and was taken to University Hospital in Newark, but a police spokesman said her injuries were not considered to be life-threatening.

"It's horrific," Essex County Prosecutor Paula T. Dow said of the crash. "It's a very congested state we live in. They have tough duties to respond to and these horrific things can happen."

A married father of two children ages 2 and 7 with his wife expecting their third child in November, Officer Santucci had previously served with the Newark Police Department for 2 years before joining the Belleville Police Department in January. 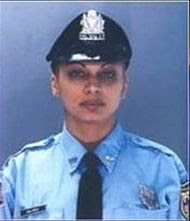 In neighboring Pennsylvania, a veteran Philadelphia police officer died after being involved in a car crash while assisting in the pursuit of a suspected stolen vehicle on Friday, September 5th. Officer Isabal Nazario, an 18-year veteran of the department, died as a result of injuries sustained when the Cadillac Escalade she and her partner were pursuing broadsided their cruiser near the passenger door. The Cadillac was being operated by an intoxicated, unlicensed 16-year-old.

After being extricated by the Jaws of Life, Officer Nazario, age 40, and her partner were rushed to the Hospital of the University of Pennsylvania where Officer Nazario later succumbed to her injuries while her partner remained in guarded condition. According to an eyewitness account, the teenager was driving between 50-70 miles per hour and had run several red lights before striking the police cruiser. The driver was arrested after a short foot pursuit with other responding officers.

"This is the second officer that we've had killed this year. It's a very difficult time," Police Commissioner Charles Ramsey said late Friday, when he joined Mayor Michael Nutter and other police officers at the hospital.

Officer Nazario was assigned to the Narcotics Strike Force and detailed to the 16th Police District in West Philadelphia. She is survived by her her 13-year old daughter, Jazmine, her mother, and her sister Maritza and a fiance who are also city police officers.

Officer Christopher Kane, a 12-year veteran of the Jacksonville, Florida Sheriff's Office was killed early Thursday, September 4th, when his cruiser hit a construction truck parked along a state roadway that had been closed for construction.

Police said Kane was on his way home after his shift at approximately 3:00 a.m. when stopped to talk to some officers working off-duty at a roadbock for the 9A road construction project. Florida Highway Patrol Lt. Bill Leepe said the truck was parked nearby and Kane may not have seen it as he pulled out. Even though he was wearing his seat belt, Officer Kane died at the scene.

Officer Kane was very involved in his community as a Pop Warner football coach with the Orange Park Athletic Association. “Chris would do anything for any of the kids. That’s how he was,” Todd Sutter, the association’s football commissioner said. “He’d help pick up kids. He’d help take kids here and there. He’d take some kids for meals after games if they couldn’t afford it.”

A former Marine, Officer Kane, age 38, leaves behind his wife and two children. 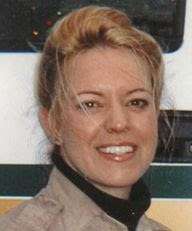 A shooting rampage in which six people died claimed the life of Sheriff Deputy Anne Jackson on Tuesday, September 2nd, when she was killed after responding to a disturbance call at a home in Alger, Washington. The shooter's mother described her son as "desperately mentally ill" and said the sheriff's deputy he's accused of killing had tried to help the family for years.

"Anne just had compassion for those in need," said cousin, Jeanine Roe. "We knew the danger was there but how can you deny someone's passion for helping the community? It's very tragic for not only Anne but all the others who were wounded. We feel for the police force. It's overwhelming to come up here and see the love and support and outreach for Anne. It confirms the person she was."

Deputy Jackson, age 40, joined the Skagit County Sheriff's Office in 2002 as the department's first animal control officer before becoming a Deputy in 2005. “She was someone who really wanted to be a deputy,” Chief Criminal Deputy Will Reichardt said. “She loved her job.”

“She did an excellent job,” Sheriff Rick Grimstead said, “She was always smiling and upbeat and fun to be around.” Deputy Jackson is survived by her parents as well as a community stunned at this tragic loss.
Posted by Linda at 9/06/2008