"We shall not surrender, let the consequences be what they may." - Colonel William Ledyard, Connecticut Militia 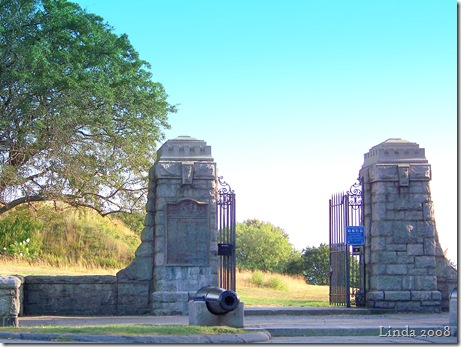 Long ago but not far away - during the time of the American Revolution- a former native son of Norwich led an attack on the home port of many privately owned armed ships that preyed upon British supply vessels and merchant ships. In the hopes that it would distract General George Washington from embarking on his campaign against Major General Lord Cornwallis in Virginia as well as put an end to the capturing of British supply ships by the privateers who worked out of New London harbor (who were licensed by the State of Connecticut according to the rules established by Congress), Major General Sir Henry Clinton, commander of the British forces in North America, decided to launch a raid against New London in the summer of 1781. To lead the task he chose a man who knew the area well - the infamous traitor Benedict Arnold who had been given a commission as a brigadier general in the British Army after he deserted the American cause in 1780. 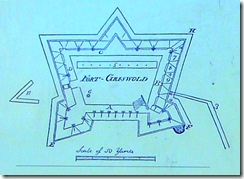 The Battle of Groton Heights began on the morning of September 6, 1781 – 227 years ago today – when Arnold arrived at the mouth of the Thames River with 1,700 men; 800 that came ashore on the west bank and the remainder landing on the east bank. As the British approached, Colonel William Ledyard, the American commander in New London, gathered the local militia to defend the area. Knowing that the unfinished fort in New London (Fort Trumbull) could not be held, Ledyard assembled the majority of his troops across the river at Fort Griswold which was located on Groton Heights and had a commanding view of the harbor and countryside. The fort could hold up to 300 troops but possessed a garrison of only 164 men on the morning of the 6th.

As the British force of 800 made its way through the tangled woods and swamps towards Fort Griswold, their commanding officer, Colonel Eyre, sent forward a flag demanding surrender. Expecting reinforcements to arrive shortly, Colonel Ledyard and 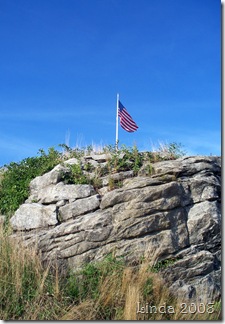 his officers decided to defend the fort and refused to surrender. When the demand was made again, Eyre threatened that if he were forced to storm the fort that no quarter would be given to its defenders. The response from inside the fort was the same.

Meanwhile from across the river near New London’s Ancient Burial Grounds, having burned down the majority of the town as well as what ships stood in the harbor, Benedict Arnold assessed the situation at Groton Heights. Fearing another battle reminiscent of Bunker Hill - as he could see that the fort was better manned and defended then he initially thought - he dispatched an aid to Eyre with orders to halt the attack. The order came too late, though, as Eyre’s men had already commenced the battle. 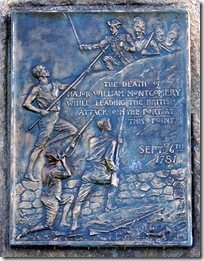 Nearing the ditch that surrounded the fort, Eyre’s men were met with fire from the fort’s lone cannon as well as heavy musket and artillery fire which killed and wounded many. Colonel Eyre was struck and wounded by a musket ball as troops tried to gain the southwest bastion while another party on the east side, led by Major William Montgomery, charged with fixed bayonets. Scaling the walls, the British troops were met by long pikes and Montgomery was killed by Jordan Freeman, one of two African-American freemen in the fort. Freeman was immediately cut down by the attackers as they scaled the pickets and increased the fight even more incensed by the death of their commanding officer.

Despite the fierce defense put up by the Colonials, the greater British numbers finally managed to gain footholds along the fort’s walls and a few managed to reach the gate and force it open. Seeing this and knowing that the situation was hopeless, Ledyard ordered his men to stop fighting and throw down their arms, which they did.

At this point in the story, American and British accounts are at odds. The American version states that Major Bromfield, the

only senior British officer left standing, demanded "Who commands this fort?” Colonel Ledyard stepped forward, raising and lowering his sword, as he said, "I did sir but you do now..." as was customary to honor the victor. It is believed that Bromfield was so enraged that so much “rabble” had disabled so much of his superior force that he lunged toward Ledyard killing him with one stab through the heart and lungs. Immediately chaos broke loose as the surviving defenders grabbed whatever they could to protect themselves against platoon after platoon of British regulars that entered the fort grounds first firing upon and then bayoneting every American they saw regardless of age or previous injuries. As promised by Eyre, no quarter was being shown to those men who had chosen to defend the fort rather than surrender and a massacre ensued.

Following the battle, which lasted only 40 minutes, Major Montgomery was buried in the fort's parade ground while the other British dead were placed in unmarked graves and their wounded were carried down the steep hill to the river and an awaiting ship. Some of American wounded were placed on a heavy artillery cart which broke away and smashed into a tree as it was being moved down the hill. The bleeding and wounded men were then carried to the nearby Avery house to receive treatment.

Prisoners who were able to walk were placed aboard a British ship for transport to New York City and, as evening approached, the British troops embarked while leaving behind a detachment that was to lay a powder trail from the full magazine to the barracks and then burn the barracks. The plan failed when a patriot put the fire out before it had a chance to destroy the fort.

British sources remain silent on the account of Colonel Ledyard's death and the incidents that occurred following it at Fort Griswold but American sources state that prior to the surrender, less than ten Americans had been killed in the fighting; following the massacre inside the fort the numbers stand at 85 Americans killed and 60 wounded. Arnold reported his losses as 51 killed and 142 wounded however many of his wounded men and prisoners soon died aboard the ship with their bodies washing up along the Connecticut shoreline after they were buried at sea. 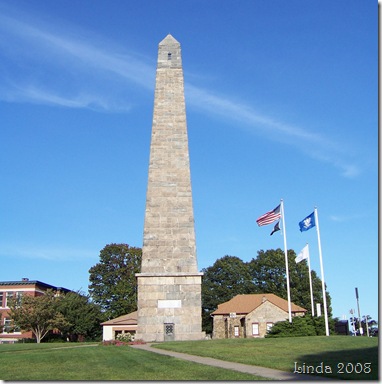 An obelisk monument was built between 1826 and 1830 with monies raised through a lottery and is the oldest monument of its type in the country as well as the inspiration for the Washington Monument. Built of granite quarried locally, the monument was erected and dedicated to the men who defended Fort Griswold. In the centennial year of the battle, 1881, the monument's height was increased to 134 feet and its top was enclosed; 166 steps take you to the top of the monument where you have a fantastic view of the surrounding area. The plaque on the front of the monument reads:

"This Monument was erected under the patronage of the State of Connecticut,
A. D. 1830, and in the 55th year of the Independence of the U.S.A., in memory of the patriots who fell in the massacre at Fort Griswold, near this spot, on the 6th of September, A. D. 1781, when the British under the command of the traitor Benedict Arnold, burnt the towns of New London and Groton, and spread desolation and woe throughout this region.
"'Zebulon and Napthali were a people that jeopardized their lives unto death in the high places of the field. Judges, 5th chap., 18th ver.'"

Fort Griswold was the scene of military defense preparations in at least four other wars including the War of 1812. The Lower water battery was rebuilt and rearmed several times but the fort itself retained its original form and is preserved to this day to give us a chance to go back and relive a little bit of history if we're so inclined.

If you're interested in reading more about this part of our nation's history, please check out The Battle of Groton Heights & Burning of New London, a web site that contains detailed accounts of both the battle and torching of New London. Better yet, if you live in this area, drive out and walk the grounds where many of our forefathers fought and died to help make our nation free.

Oh, and just because I like it - here's one more untouched night shot of the gates leading into the battleground complete with whatever that is on the right side ... after all, what's a battlefield without a ghost or two? 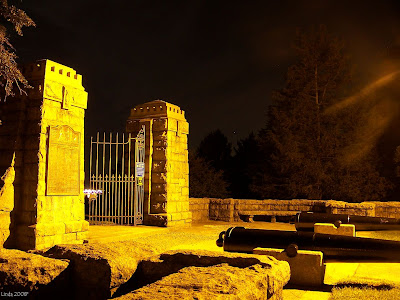