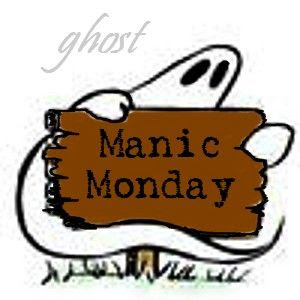 Nope, that's not the moon hovering over that grave as the moon was somewhere behind me and up in the trees so we'll just have to leave what that really is up to our imaginations. And yes, I was actually out in the middle of the cemetery when I took this picture but that's a story for another day as, believe it or not, this post isn't actually going to be about ghosts per say but about a ghost of a different kind - The Ghost of You to be precise. Feel free to listen to the video while I expound a little bit and see if I can instill a little music appreciation here!


On June 8th, 2004, My Chemical Romance released their second studio album titled Three Cheers for Sweet Revenge which produced four singles - Thank You for the Venom, I'm Not Okay (I Promise), Helena, and The Ghost of You. 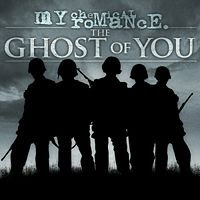 The Ghost of You is a song about loss - whether it be the loss of a love, a family member, or a close friend. On the fourth day of its release, the video for the song rocketed to number one on MTV's music-video countdown show Total Request Live and benchmarked the changes in My Chemical Romance's musical style, fan-base and overall image paving the way for their next album, The Black Parade.

There are those who claim that MCR "sold out" from their earlier alternative rock image to one that was more pop punk or emo but I really don't think that's the case. Just because a band finally reaches some form of commercial success doesn't mean that they've forgotten their roots completely. Mainstream popularity is not a bad thing though there are those who seem to think it is. Apparently those people are the same ones who also love the title "starving artist" and figure that no good comes of anyone who can actually make a decent living off of their chosen art-form. Anyhow, I digress ... back to The Ghost of You ... 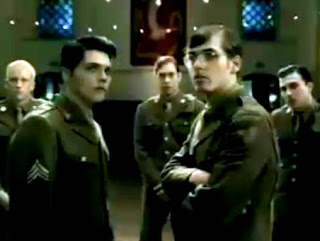 When MCR did the video for this song, they "shot a movie and just edited it to be a video" in Malibu, California over the course of two days. The video closely depicts the opening scene from Saving Private Ryan and the invasion of Omaha though most of the video takes place in a USO setting where the band is performing at a dance. In a scene at the bar, Mikey (the band's bassist) seems to be reassuring his brother Gerard (the lead singer) that he'll be okay and that there's nothing to worry about as they spend one last night out before heading into battle the next day, however that's definitely not the case. Many of the scenes are prophetic of what is going to happen during the invasion. 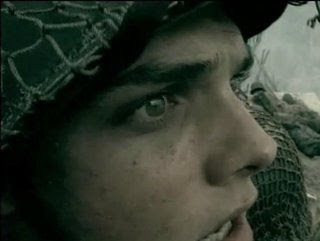 As the band members storm the beach, Mikey is shot and despite efforts by Ray (the band's guitarist) who plays a medic in the video, Mikey dies on the beach with his eyes wide open. Gerard stands in shock as he sees his brother die and then has to be restrained as he tries to run to him screaming - though, of course, you don't hear that, you just see him screaming. This is definitely loss of the highest order and it's hard not to feel Gerard's distress and pain.

Overall the video is very moving and the song is, in my own humble opinion, one of My Chem's best. Having a fan for a daughter, I've heard all of their songs many, many times over and even though their earlier music is good, I think they definitely grew as a band and as storytellers through songs like this. Now if they'd just put out a new album ...

While we're waiting for them to do so, don't forget to go check out the other participants in Manic Monday over at Mo's Manic Monday Meme blog and see what other ghostly-goings-on are going on!
Posted by Linda at 10/27/2008