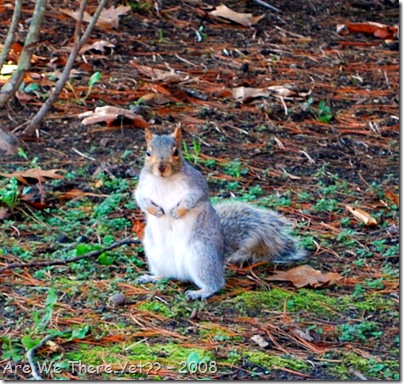 While I was over at Mohegan Park snapping pictures last week, I happened upon this little fella who seemed more than willing to pose for a picture. Just like the geese I took pictures of, he was probably hoping for a snack but alas, I had nothing but my car keys and lint in my pockets. I'll know better next time I stop by the park and then I'm sure I'll be more popular than the Good Humor man on a hot summer's day!

In the meantime, have fun and give this little guy some words and we'll see who emerges victorious later in the week! Have fun but don't go too squirrely on me!
Posted by Linda at 11/24/2008