On my way back from having lunch with my mom last Friday, I stopped by the Norwich waterfront at Chelsea Landing to take a few pictures of the surrounding area. It was a beautiful day with the sun brightly shining and moderate temperatures - a great day for fishing it seemed as there were lots of folks doing so off the rocks and docks at Howard T. Brown Park. I'm pretty sure I'd never want to eat anything that came out of the Thames River but there are probably those brave souls who actually do eat what they catch; however, I think that more likely it's a nice relaxing way to spend the afternoon and wile away some of the remaining hours of good weather before Old Man Winter sets up camp and settles in for the season. 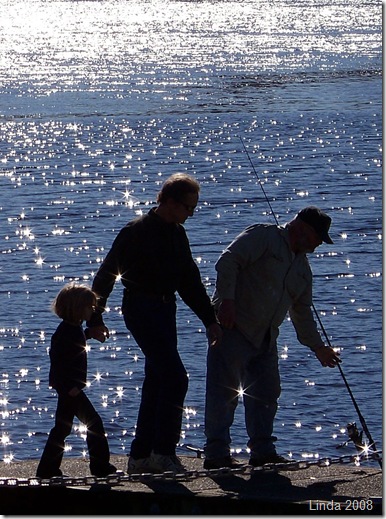 I choose this picture for Roger's Creative Photography Contest as I liked the way the people in the foreground were simply in shadow while the river gleamed in the sun behind them; I rather like the sparkles on the water! Except for cropping the shot, I didn't do anything else with it but I think it could tell a story if you wanted it to.

Speaking of stories - while I was taking pictures, these two handsome fishermen told me that if I became famous from their picture that they'd want to be cut in on the take! What a couple of sweeties though I don't think they should start counting their millions just yet! 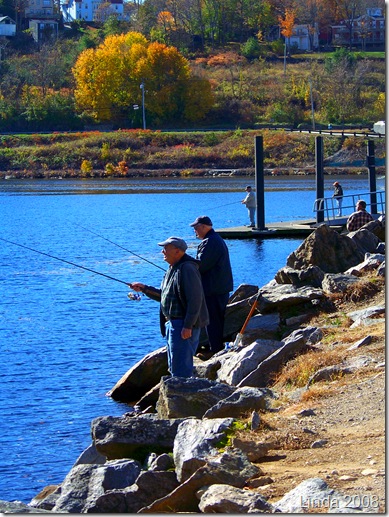 Don't forget to pop by the Creative Photography Contest blog and see what other great pictures have been caught!