"Twilight" Fails to Glimmer For Me

So ... had I been in need of a reminder that I am 50 and not 15, going to see Twilight at the movies yesterday provided me with one. I guess it should go to figure that a vampire movie would ultimately suck but I've got to admit to being disappointed that it did. Were I a tween or a fan-girl, though, perhaps the bite of disappointment might not have been so bad.

I was late getting into all of the hype and hysteria of Stephenie Meyer's teenage vampire romance saga but upon the urging of the teenage girls in my life, I recently read the entire four-book series from cover to cover and, like millions of girls and their moms across the country, became quite enamored of Edward Cullen - the perfect man except for the fact that he's one of the undead. A minor detail, though, and easily forgivable when it comes to Edward; as a matter of fact, immortality makes him even more appealing in some strange and supernatural way.

After reading the books and falling in love with the whole love story (though there are times when I really wanted to strangle a couple of the characters), I was really looking forward to the film adaptation even though common sense and past history warned me that there was the very real possibility of the movie being bad. After all, how many Stephen King books have been wonderful reads and yet complete and total bombs at the box office? Yeah ... I rest my case.

Sadly, history has once again managed to repeat itself and the curse of Stephen King has apparently been passed on to Stephenie Meyer. Maybe it's that whole "Stephen ..." thing? Whatever it may be, it's just very, very sad that a movie that had such potential ended up being a complete and total let-down. At least for me.

I guess it's pretty hard to take a 500-page book and condense it into a 122-minute movie without combining scenes, cutting scenes, or adding in scenes that never occurred in the book; all of which Twilight is guilty of. When you're only about ten minutes into a movie and thinking "hey, hold on - that's not right" or "that never happened" or "wait a minute, that didn't occur until halfway through the book" then you know you're in trouble of actually liking the film. I kept thinking that maybe it would have been better to have not read the book prior to seeing the movie but then it dawned on me that if I hadn't read the book, I would be even more confused than I was having read all of the books.

A 15-year old would probably see it differently but the chemistry that existed between Bella and Edward in the book just wasn't there on the screen; Bella was even more annoying in the movie than she was in the book; and Edward ...ah, Edward, I hardly knew ye! Instead of being the perfect man that he was on the printed page, Edward on the big screen was just another brooding teenager with pale skin, too much hair gel, and a striking resemblance to the chicks in the Robert Palmer "Addicted to Love" video. 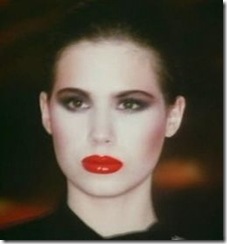 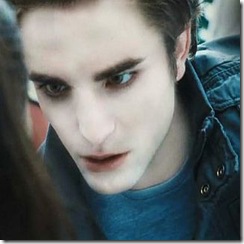 Amanda and Cate will be going to check out the movie themselves sometime this weekend and I'll be interested in hearing what their take on it is. I told Amanda that she should draw her own conclusions and not base them on my opinion of the movie but apparently a lot of her friends at school have the same opinion of the film that I do so she's quite skeptical that she's going to like it herself. Perhaps, though, she'll come home and tell me that I'm nuts and that it was great and how could I say all these awful things? After all, how often do teenagers agree with their parents?

Oh well, maybe the sequel will have a bigger budget and a better script ... there are, after all, three more books in the series and with the way the movie ended, there has to be a sequel as even though I found the movie to be sorely lacking and a let-down, millions of tweens won't think so and will make sure that Edward continues to live on.