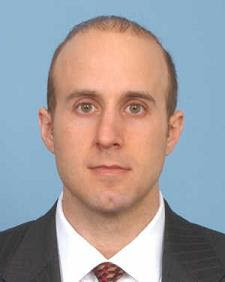 An agent with the Pittsburgh, Pennsylvania office of the Federal Bureau of Investigation was shot and killed while executing a federal search warrant associated with "a violent drug distribution ring" on Wednesday, November 19th. The wife of an alleged drug dealer has been charged with the killing and is in custody while an investigation into the circumstances surrounding the shooting is being conducted.

Special Agent Samuel Hicks was accompanied by other members of a multijurisdictional anti-drug task force that was rounding up suspected traffickers in the Pittsburgh area around 6 a.m. when the shooting occurred. The team announced itself as police before smashing in the front door at a home in Indian Township. A bullet was fired from the upstairs of the house striking Agent Hicks in the shoulder. Agents and officers pulled him out of the house and started cardiopulmonary resuscitation but he later died at an area hospital due to blood loss from the wound.

"This is the most tragic information you can relay to any spouse, child, parent or colleague," said Michael Rodriguez, special agent in charge of the FBI's Pittsburgh office. "He served with honor and bravery and will be greatly missed by his colleagues here in Pittsburgh and throughout the FBI."

Agent Hicks had been with the FBI since March of 2007 and was assigned to the Pittsburgh Office in July of that year. A native of western Pennsylvania, Agent Hicks taught school for a time in Maryland before joining the Baltimore Police Department in June of 2002. He served there until February of 2007 when he left to become an FBI agent.

Emily Hicks said that if there were any consolation to the tragedy, it was that her 33-year-old brother "died doing a job he loved."

Agent Hicks, who would have turned 34 on Thanksgiving Day, is survived by his wife, Brooke, with whom he just celebrated his 5th wedding anniversary two weeks ago, and his son Noah who turned two in August.

"The biggest tragedy in this is there is someone, she's 28 and she's a widow. She has got a son that is going to be heartbroken," said Angela Hohman, Agent Hicks' sister-in-law.
Posted by Linda at 11/20/2008