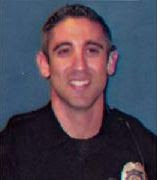 Shortly before 8:45 p.m. on Saturday, November 22nd, Hollywood Police Officer Alex Del Rio was on traffic enforcement duty in his Florida town when he was killed in a line of duty accident that happened when his cruiser slammed rear-first into a tree. Witnesses said he may have been following a speeder on the wide-open, six-lane divided road and swerved to avoid hitting a taxi cab when the accident occurred.

"He was a beautiful human being," Hollywood Police Chief Chadwick Wagner said. "And I am blessed and proud to have known him."

Officer Del Rio, who was born in Miami and lived in Hollywood, leaves behind his mother, Miriam Fernandez; his father, Alejandro Del Rio; and two sisters. His uncle Saul Fernandez, a Sweetwater police officer, recalled a nephew who even as an adult sat with the children, not the adults, at Thanksgiving dinner, "He always expressed how much he loved you -- a reflection of his mom and dad," Fernandez said.

"To know Alex is to love Alex," said his stepfather, Ron Koger. "You didn't have a choice." 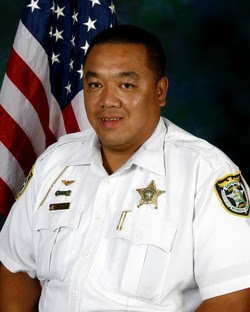 Monroe County Traffic Enforcement Deputy Nick Pham died in a collision with a tractor-trailer while apparently making a U-turn to chase a vehicle violating a traffic law in the Florida Keys on Wednesday, November 26th.

The accident, which occurred at approximately 12:20 p.m. on the busiest traffic day of the year, happened when Deputy Pham u-turned directly in front of a 2007 Freightliner 18-wheeler which had no time to stop and slammed squarely into the driver's side of the 2008 Dodge Charger he was operating. Witnesses say the officer may have been pursuing a vehicle when he crashed with the tractor-trailer.

Sheriff Rick Roth said Pham was a ''great officer who was doing his job.'' Roth had recently given Pham an award for providing lifesaving CPR to another deputy who had suffered a seizure.

Capt. Bob Peryam, who was elected sheriff earlier this month to replace retiring Roth, said of Pham: "Boy, I will tell you he was one of the best. He had the highest regard for honesty, integrity and professionalism.''

Deputy Pham had worked for the sheriff’s office since September 15, 2004 where he was initially assigned to road patrol in the Upper Keys in Sector 7 — the Key Largo area. In July of 2006 he transferred to the Traffic Enforcement Division, working traffic enforcement countywide. He had previously worked for the Florida City Police Department and the Dade Correctional Institution. Deputy Jason Keith, a close friend of Deputy Pham, said that his friend was planning to transfer to the Miami-Dade Police Department to be able to work closer to his home.

The 38-year old native of Hawaii leaves behind his wife Jackey and several children. 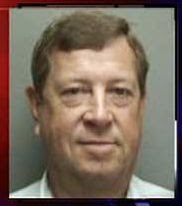 An East Texas Sheriff was killed in the line of duty early Thanksgiving morning as he was pursuing a suspect involved in a disturbance. The accident occurred around 4:20 a.m. when Sheriff Brent Lee lost control of his 2006 Ford Crown Victoria which veered off a left hand turn and struck a power pole. Sheriff Lee was ejected from the burning vehicle and died on scene according to a spokesman with the Texas Department of Public Safety.

Sheriff Lee was elected for a term that begins January 1st, but he was sworn in this summer following the outgoing sheriff's resignation. Walker County Sheriff Clint McRae said, "We have already seen some positive reflection of his action and his department. He has done an excellent job and we're truly gonna miss him."

Angelina County Sheriff Kent Henson reflected, "You couldn't ask for a nicer person. He always had a smile on his face and that's one thing I'll remember him by is that smile. He was always willing to go an extra mile to help everybody out."

The son of a former Trinity County sheriff, Sheriff Lee, age 58, was a former state corrections officer and former Livingston police officer for the last thirty years working for the Texas Alcohol Beverage Commission, retiring as a lieutenant out of the Lufkin office. He leaves behind his wife and three grown children.