A Visit to Mohegan Park 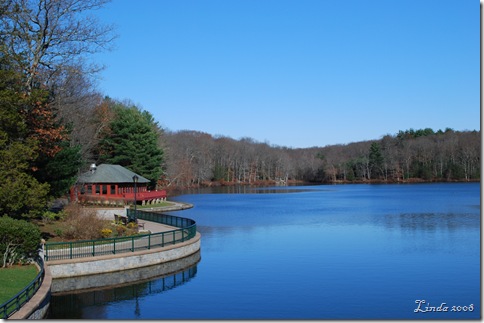 For the first time in a long time on my day off I woke up to the sun shining brightly in the sky yesterday so I took full advantage of the gorgeous weather by grabbing my new toy (aka my Nikon D60) and heading out to Mohegan Park, a wooded recreation area that sits pretty much smack in the middle of Norwich. I knew that the foliage was long since gone but I thought there still might be the chance to get a few nice shots of the area as well as see what I could do with this new camera of mine.

It was a bit chilly when I left the house - a whooping 39 degrees as a matter of fact - but the sky couldn't have been bluer and I was just so happy that it wasn't raining for a change that I didn't mind the cooler weather at all! As you can see, when I got to the park the water looked like glass and even though there were definitely no leaves left on the trees, it was still very pretty. 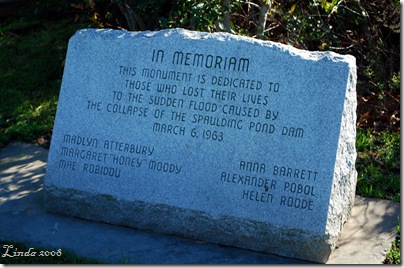 lovely body of water that you see in the first picture is Spaulding Pond - the centerpiece of Mohegan Park. As innocent as this pond looks in that picture at the top of this post, in 1963 six people died and more than $6 million in property damage resulted after the earthen dam that holds it back collapsed. The break caused the Great Flood of Norwich that sent a wall of water and debris hurtling through downtown swamping houses, streets, and cars and even collapsing a mill. The dam still runs along the southern end of Spaulding Pond and across the earthworks is a path bordered by pergulas and flowering plants. Though there obviously wasn't anything flowering on Monday it was still very pretty. 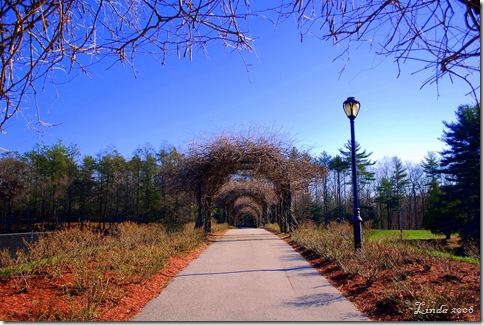 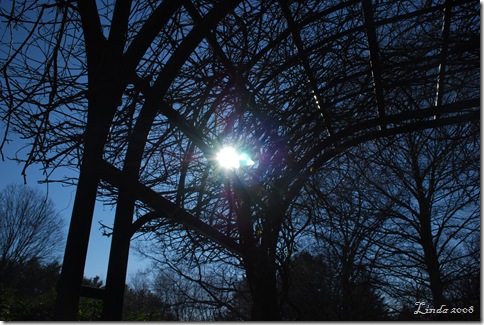 Mohegan Park is one of those places that I think those of us who live in Norwich tend to forget about for the most part and that's a shame as it really is a lovely area complete with hiking and biking trails, several nice playgrounds, a swimming area in the summer, grills and picnic tables, and other nice features. Granted, it's certainly not the Mohegan Park that I remember as a child when there was a zoo and skating rink and other things but it's still very nice and a lovely place to show off to visitors from California and England - when I have them! 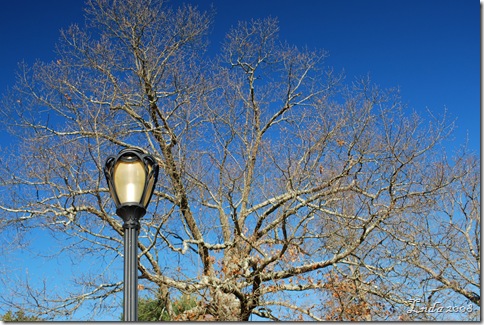 Should you happen to be in the area, we'll be celebrating Norwich's Semiseptcentennial in 2009 - that would be birthday number 350 - and if you want to come by, I'll be happy to give you a tour of Mohegan Park. I think you'd definitely like it! Just remember to pack some popcorn for the critters!
Posted by Linda at 11/18/2008