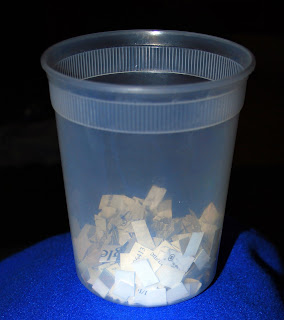 Before I announce the two winners of my Mouseski's Photographic Musings contest I'd like to ask you guys a favor ... Could someone please remind me that the next time I decide to have a contest that I need to find a better way to run it than one that requires me to fill out names on 185 tiny little slips of paper then fold those 185 tiny slips and put them in a container from which to pull the winners?? Please??

Of course, I'm really thrilled that there were 185 entries to begin with and I want to thank each and every one of you for your support in this endeavor. I'm pretty sure I'm never going to sell a photograph but it's still great to have the support and enthusiasm of people behind me encouraging me in my new-found hobby. And who knows? Maybe someday I will be pleasantly surprised!

Anyhow, enough about me! I'm sure you want to know about the winners! 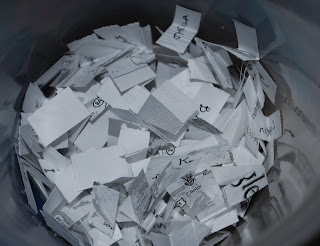 Once all of the entries were placed inside the former Chinese take-out container (as I recall, the wonton soup that came in it was quite tasty!), I shook them up and made sure to mix them really well before reaching in and pulling out first one winner and then the other ... 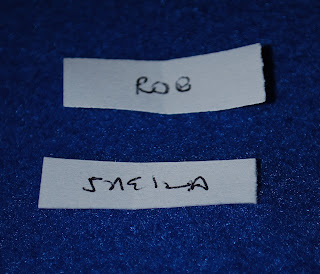 Rob of In Times & Out Goals is the grand prize winner of the contest and will receive a 20" x 16" matted print of his choice. Rob left a comment on my RedBubbleSite that Making Tracks was his favorite picture but he's certainly entitled to change his mind and as soon as he lets me know for sure which picture he wants, I will send in the order and get his prize to him.

The runner-up is Sheila Kay and she will receive three greeting cards with her choice of photos. Sheila is a reader of my blog via The Norwich Bulletin website who signed up with RedBubble and left comments as well as sent me several very nice emails. Sheila grew up here in Norwich and she's enjoyed seeing my take on the area. Thank you so much for both your emails and your comments, Sheila, and be sure to let me know which photos you would like to see on your greeting cards. You can send me an email and let me know which pictures you'd like and where you'd like your cards shipped and I promise to not divulge your information.

Congratulations to both winners and again, thank you so much to everyone for playing along. I really wish that I could afford to send all of you a picture or two but alas, I am a little low on funds to be doing that! If, however, you ever find yourself in need of a picture or two (especially when you're stumped about what to get that certain someone who has everything!) then please visit Mouseski's Photographic Musings and help a starving artist reach one of her goals for the year; the goal being to sell one picture! There ... so much for shameless self-promotion!
Posted by Linda at 1/20/2009