Looking at the Sky on Friday and More!

It's the first Friday of the New Year which makes this my first sky picture of the New Year - woohoo! Thanks, Tisha, for this cool new meme, I'm loving looking at all the great sky pictures that people post and there will be 51 more of them to look at it in the coming weeks!

My picture for this week is one from last Saturday's quick trip to Misquamicut Beach in Rhode Island. It was kind of bleak and yet pretty at the same time ... not to mention COLD but you can't really see that here. You might also have a little trouble separating the sky from the ocean but I guess that's what happens when you have an endless horizon and no clouds! 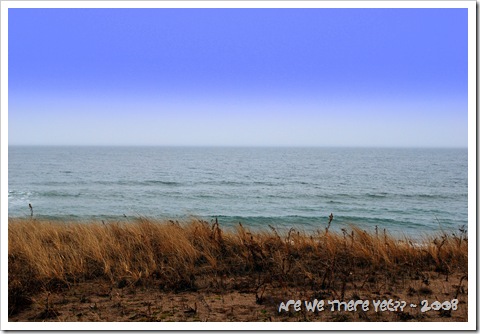 In other blogging news, Lee at Tarheel Ramblings passed along an award to me that he got from Jaffer over at Mania Ravings who in turn got it from Awake in Rochester who received it from Lady Banana who was awarded it from Karen & Gerard Zemeks who got the nod from Mother Nos Best. Mother got it from Felicia at Go Graham Go! who was awarded it by Susan from Life in a House of Blue! who had received the award from Bridgette at The Not-So-Blog Blog. I could 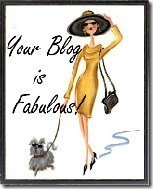 probably go on forever before I found out where the award originated but I think that's a good enough trail for now. After all, I'm a dispatcher - not a detective and I was wading in the waters of the Mommy Blogs which are very deep!

The rules of this award are simple - list five addictions and then pass this fabulous award on to five fabulous other bloggers. I think I can handle that though it's going to be hard to pick just five fabulous friends from the many I've made since starting this blog! Okay, first things first though ... addictions ...

Now, whom to pick for this Fabulous award that might have some addictions of their own?

Email ThisBlogThis!Share to TwitterShare to FacebookShare to Pinterest
Labels: awards, Sky on Friday