Today's post is another shout-out of sorts to the people who come to visit my blog via The Norwich Bulletin website as it concentrates on another part of the local area and a little more local history. Maybe I can get one more lurker non-communicative reader to leave a comment like the very nice one that did yesterday (and thank you very much for that!).

Norwich, the place I've called home for the past almost-nine years, is located in a part of southeastern Connecticut where three rivers converge into one to become the Thames River, a rather short 15-mile river and tidal estuary that flows south before tumbling into the Long Island Sound in the area of Groton and New London. Those rivers are the Yantic River (of which I've written in the past), the Quinebaug River, and the Shetucket River. Today's post and pictures concentrate on the last of those three.

Northwest of Norwich in the town of Willimantic, the Natchaug and Willimantic Rivers come together to form the Shetucket River, a 25-mile long tributary of the Thames River that ambles its way along a very rural path. The Shetucket River snakes its way southeast through the nationally designated Quinebaug Shetucket Rivers Valley National Heritage Corridor until it reaches a spot approximately four miles north of Norwich where it joins up with the Quinebaug River, an 80-mile river that originates from an unnamed pond in Union, Connecticut and several ponds northwest of Sturbridge, Massachusetts. At their junction prior to Norwich, both rivers broaden into a wide estuary which stretches southeast and finally joins the Thames River estuary on the south side of Norwich.

Also known as "The Last Green Valley" of the sprawling metropolitan area between Boston and Washington, the Quinebaug Shetucket Rivers Valley National Heritage Corridor was designated by Congress in 1994. In 1999, Congress enlarged the Corridor to include several Quinebaug and Shetucket River Valley towns in both Massachusetts and Connecticut making the total number 35 towns in all, as well as numerous villages, in an area that covers 850 square miles. Norwich is one of those 35 towns located in the Quinebaug-Shetucket Heritage Corridor. 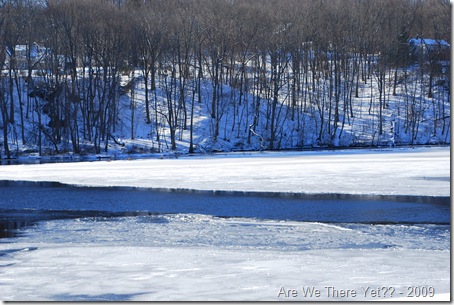 The Shetucket River, loosely translated as "the land between two rivers “ in the Mohegan-Pequot language, was used by the Pequot, Mohegan and Nipmuck peoples and their ancestors for hundreds of years for fishing, transportation and village sites. After English settlers built up Norwich, the Shetucket River was used as a major source of power for many of the mills that became an integral part of Norwich. Dams were built in both the Greeneville and Occum sections of Norwich so that the hydro-electric power could be harnessed and used by the many industries that helped Norwich to flourish and become the great manufacturing city that it once was. 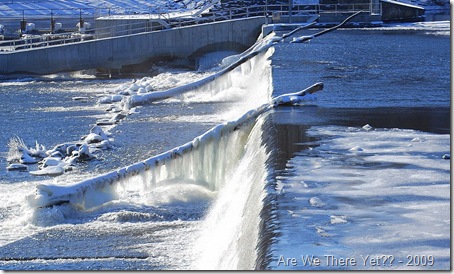 In 1864 in the small Village of Occum, one of the former milltowns that was incorporated into Norwich, the Occum Dam was built by Moses Pierce and L. W. Carroll who formed the Occum Company and bought several acres of land along the Shetucket River where they were granted water rights. They constructed a dam that was 14 feet high and 800 feet long with a 2,000 foot long canal built along the west bank of the river that was designed to provide water flow to two woolen mills that were situated on the Shetucket. Joseph Converse and Sons, the first mill, was in operation until it burned down in 1982; in its place now stands a park named for Red McKeon, a longtime citizen of Occum and proponent of improving the area around the former mill site who dedicated 35 years of his life to the Occum Volunteer Fire Department. 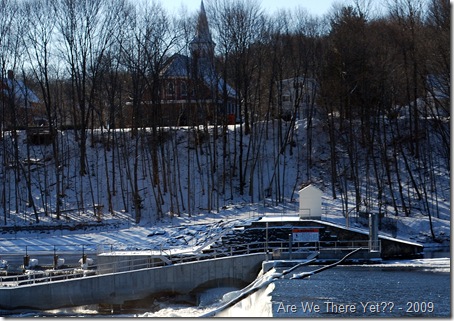 In 1934, the Norwich Gas & Electric Company (now known as Norwich Public Utilities and to whom I send a check every month) built a powerhouse that was put into operation in 1937. That same hydro unit is still in operation today and provides an average of 2,700 – 3,700 megawatt hours of clean and green renewable energy to the Norwich community each year. Some of which I pay for! The canal that was constructed by the Occum Company was buried under an embankment in the 1930's while in 1938, a hurricane washed out the east side of the dam and spillway structure along with the traffic bridge which was eventually rebuilt along with the parts of the dam that were damaged. 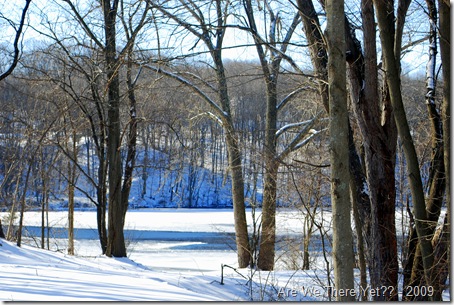 Prior to doing some exploring and picture-taking around the Occum Dam yesterday, I really didn't know much about this area myself but I've found that taking pictures of the local area then prompts me to do some research which in turn gives me a greater appreciation of the part of Connecticut I live in. I tell ya, if I had been given access to a computer and a digital camera back when I was in high school, I bet I could have written some kick-ass reports! Alas, now the only reports I make are to you, my readers who are probably sick to death of learning about the Norwich area! Aren't you guys glad I bought that Nikon?!?