A Walk in the Park

If my stat counter is correct, I've got lots of readers that stop in by way of the Norwich Bulletin but alas, none of them ever seem to leave me any comments. Maybe I should have a mandatory comment day like Miss Bee does on occasion and then I could get a few of those folks to at least say "hi". Wouldn't that be nice? Well, I won't hold my breath for that to happen but I will do a local post for those who stop in from the local area and hopefully those of you who don't live in the general area might just enjoy it, too. 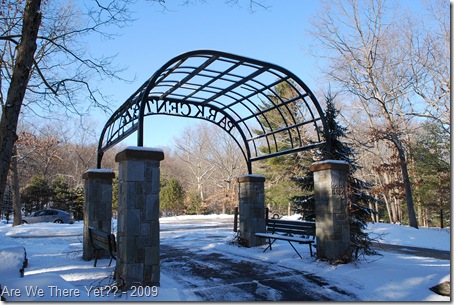 Even though it was pretty darned cold yesterday, it was still a day with gorgeous blue skies and beautiful sunshine so after my once-a-month get-together with my friend Rhonda I decided to spend a little time outdoors enjoying the sun and taking some pictures. After all, you've got to soak up the sun while you can during the winter and what better way to do it then a trip to a local park? To that end, I drove over to Mohegan Park, a place some of you may remember from a post that I did in November.

First off, I really need to give a shout-out to the Public Works folks here in Norwich as they did a fantastic job clearing off the roadways and pathways around the park. We had a bit of a snowstorm Saturday into Sunday that left not only snow but a layer of frozen precipitation on top of it that formed a crunchy crust. It's not the easiest stuff to clean up but I was very impressed with the cleared steps and parking lots as it made getting around the snow-covered park very easy.

The woods were quite beautiful as I made my way over to the playground area, a spot that I hadn't gotten to during my November visit. 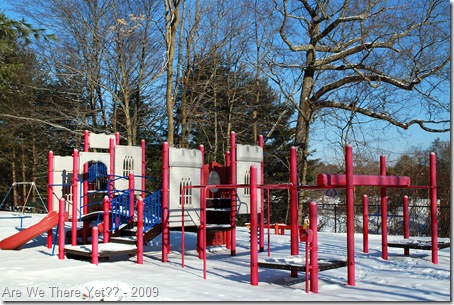 The playscape looked more like a snowscape and I thought the snow made some really cool patterns so I couldn't resist taking a picture or two. 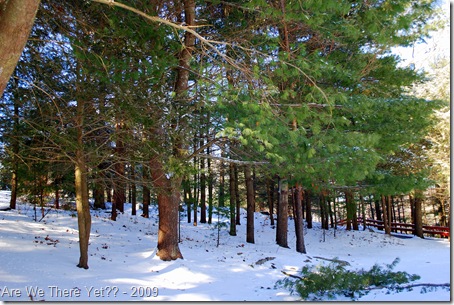 Beautiful trees surround the playground area and even though I was hoping to maybe see a squirrel or two out enjoying the day, the woods were empty except for the trees.

My friend Erik, who writes The Fire Insider, had wondered in a comment that he left on my other post about Mohegan Park if the fire engine was still there that he used to play on as a boy growing up in Norwich. Even though this one is obviously fairly new, it's nice to see that a firetruck is still there for all of the kids to practice on until they're old enough to drive a real one!

The snow-covered picnic tables seemed to just be waiting for summer to return so that they could once again be part of family barbecues and other get-togethers. 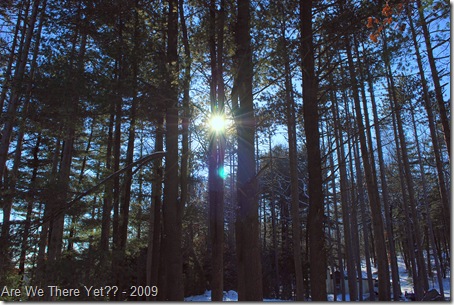 Finally, I took this shot of the sun through the trees as I was getting ready to leave the park and head over to pick up Amanda after school. Cold or not, I thought it looked beautiful and it was a sight that lifted my spirits as it reminded me that even though winter can be too long and too cold, it can't be too pretty.

I hope you all enjoyed my little walk through Mohegan Park on a pretty winter's day and for those of you who stop in via The Bulletin, thank you and feel free to leave a comment once in awhile - I'd be happy to hear from you!