Throughout our lives there are dates that become etched into our memories - dates of birthdays, dates of anniversaries, dates of high school or college 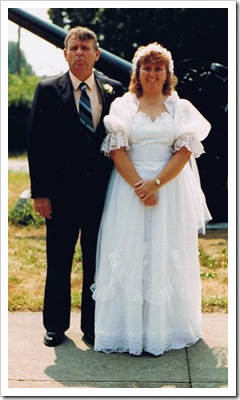 Today marks a date that will forever remain etched in my memory as it was six years ago today that my father passed away.  Six years.  Yet I still remember it like it was last week and I think that I always will, it's not one of those dates that one is likely to forget.  I guess it's one of the reasons that I dislike February as much as I do.  I was never a big fan of the month to begin with and having the anniversary date of my father's death on the 23rd doesn't help its case.

Winter this year, much like 2003 was, has been horrible and I'm pretty sure that if my Dad were still alive, he would have had quite more than enough of it by now.  I believe I've mentioned in the past how much my Dad didn't like the cold of winter and how he, like so many of us, couldn't wait for it to be over and warmer weather come back around.  After he was diagnosed with non-Hodgkin's lymphoma (a result of his exposure to Agent Orange while serving in Vietnam), he liked winters even less as he just couldn't seem to get warm.

So many times my Dad used to talk about moving to Arizona after he retired from his second career in maintenance at Day Kimball Hospital so that he could enjoy his later years in relative warmth but he never got the chance to do that as cancer robbed him of the opportunity to enjoy his retirement years like he should have. After being diagnosed with a cancer that was treatable but not curable, I think my father lost all desire to move elsewhere as Connecticut really was his home in spite of the nasty winters that we can get here.

I've thought about my Dad a lot this winter as the weather has  reminded me so much of 2003 and I've thought about how much he would have hated the bitter cold and the snow that we've had this year.  Perhaps my dislike of the weather this year and the desire to see the cold weather end is just me being more and more like my father; though I'd like to think we had more in common than a dislike of cold temperatures!

At any rate, I'm not sure exactly where I'm going with this post other than to say "Dad, I miss you and even though you wouldn't have liked the nasty cold we've had this year, I think you'd have been glad to see that I finally moved off the side of those ridiculous hills I lived on!"  Somehow, though, I think he knows ... or at least I like to think he does.