Getting By With a Little Help From Her Friends

Since leaving behind police & fire dispatching and becoming an ambulance dispatcher almost six years ago, I have met some truly fantastic people. I'd like to introduce you to one of them today ... 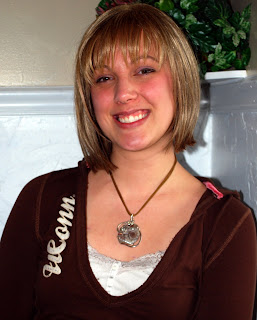 To meet Kirsten Frostad, you would think you were meeting a 23-year old with a beautiful smile, sunny personality, and not a care in the world beyond those of every other 23-year old in the world – student loans, plans for the future, and what to do with friends on Saturday night.

Kirsten, however, is not your ordinary 23-year old. She’s a 23-year old who has been diagnosed with Stage Four Hodgkin’s Lymphoma with the rarest subtype of Hodgkin’s known. As a matter of fact, her type is so rare; doctors still aren’t sure what type of cancer has invaded her bone marrow.

A 2003 graduate of Wheeler High School in North Stonington, Kirsten went on to graduate with honors from the University of Connecticut in 2007 majoring in Molecular and Cellular Biology. Her plans were to continue her education as a Physician’s Assistant specializing in oncology at George Washington University . In the meantime, Kirsten began employment at American Ambulance Service, Inc in June of 2008 as an Emergency Medical Technician; a job that was perfect for her as it gave her the chance to help others while saving up for her continuing education.

Her plans and her full-time job came to a halt in October after a swollen lymph node under her arm was biopsied and came back malignant. Following a month and a half of testing, her diagnosis was made and it wasn’t a pleasant one. Kirsten had cancer in her lymph nodes and bone marrow both and it was at Stage 4 – an advanced form of cancer. For someone who wasn’t feeling bad at all, it was an unthinkable diagnosis but reality soon set in when Kirsten went in for her first chemo treatment.

On December 10th, the first round of the powerful drugs that would eradicate the cancer began coursing their way through Kirsten’s system; drugs that left her weak and sick and feeling worse than she ever thought possible. Just a mere two weeks later, on Christmas Day, Kirsten’s hair began to fall out – a fact that she shared with her friends on Facebook and tried to make light of as much as possible.

As if that wasn’t bad enough, there was more to worry about than just the cancer that had invaded her body. Kirsten was obviously unable to work and her health insurance capped out and was canceled leaving her with over $20,000 in accumulated medical bills from the diagnosis and testing alone – never mind the next five rounds of chemo; the trips to Yale-New Haven Hospital to consult with the cancer specialist there in addition to the oncologist she sees in Norwich, and other living expenses which include unpaid student loans from her four years at the University of Connecticut. 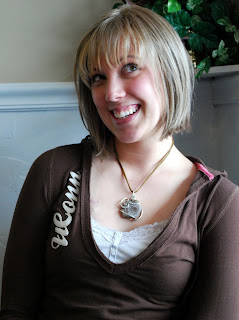 On January 14th, Kirsten was finally able to return to work for a single shift at American Ambulance sporting a cute blonde wig courtesy of the American Cancer Society. Her co-workers were very happy to see her back but some weren’t sure how to approach her as there were rumors that she had been given a prognosis of only six months. Kirsten assured her co-workers that was not the case – that she had a six-month chemo schedule to start with – but that there was no horrible prognosis given.

If you ask Kirsten, she’ll tell you that her prognosis is excellent and she is going to beat this thing no matter what it takes. If she can beat it by dint of will and attitude alone, then her cancer doesn’t stand a chance as Kirsten has one of the most positive and upbeat attitudes ever. There is no feeling sorry for herself, no sitting in the corner and crying “why me?”, and no flagging of spirit in spite of not knowing what sort of cancer has invaded her bone marrow. She is an inspiration to everyone who meets her and rightly so.

Unfortunately, Kirsten is also fast going broke as she’s only able to work one eight or ten hour shift every three weeks due to a chemo schedule that makes it hard to work any more hours than that. By the time she’s starting to feel better and able to work, it’s time for another round of chemicals and then she’s down for the count again for another week or two. It’s a tough cycle – especially for someone who is normally so vibrant and active and would much rather spend her time taking care of others rather than having others take care of her.

A fundraiser for Kirsten has been planned by her sister and other friends for April 11th in the hopes that enough people will be able to join together to help alleviate some of Kirsten’s financial worries and make the difficult time that she’s going through perhaps a tiny bit easier. Money is not something that she should have to worry about at this point – getting well and beating the cancer should be her only concern.

If you live in the local area and want to attend Kirsten’s fundraiser, the spaghetti dinner will be held at the Pawcatuck VFW from 5 p.m. to 10 p.m. and will include music by the band Double-Fisted as well as a raffle. If you can’t make it to the fundraiser but would still like to contribute a little bit to help Kirsten out, please feel free to click on the PayPal button below and make a donation. If you have any questions, please send them to for.kikii@gmail.com and someone will get right back to you.

Even though she hasn't asked for any of this help, I have no doubt that Kirsten will appreciate every single penny given as each one helps to lift the weight of the burdens that cancer has been placed on her way-too-young shoulders. Thank you!