Tragedy Strikes in Oakland, California Over the Weekend

Some of you may have noticed that I have not been doing Line of Duty Death posts for law enforcement officers this year - most of you may not. I did the posts all during last year to honor those officers who gave their all for their communities as well as to bring attention to the fact that good men and women were being killed right here in our own backyards simply doing the jobs whose oaths they took. The problem though was that with 140 officers becoming statistics last year, I have to admit that it got to be kind of depressing and I decided not to write the posts this year.

Just because I'm not writing the posts, though, doesn't mean I haven't been paying attention and no longer get the emails advising me every time there is a Line of a Duty Death. I have and I do and I say a prayer for each officer and his or her family every time I get one. Not writing about it doesn't make it go away as brave men and women are still losing their lives way too frequently fighting the battle against crime right here in America.

As I was watching the news at work Sunday morning, my heart skipped a beat when a story came on about three law enforcement officers in California who were killed Saturday with a fourth barely hanging on. Naturally the lead-in didn't say where in California and I think I held my breath until it was revealed that the shootings had occurred in Oakland - which is still way too close to Stockton for my liking. As a lot of you know, there are people I know in Stockton who are in law enforcement that I still worry about and Stockton isn't exactly one of those places where crime is on the decrease. Unfortunately. 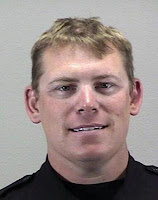 Saturday's shootings were among the deadliest in California history and began when two motorcycle officers attempted to pull over a 1995 Buick on a routine traffic stop at approximately 1:00 p.m. near the Eastmont Town Center in East Oakland. The operator of the vehicle, a parolee who was wanted on a no-bail arrest warrant for violating parole on a previous assault with a deadly weapon conviction, opened fire on the two officers killing one and gravely wounding another.

Following the shooting of the motorcycle officers, the 27-year old suspect fled on foot and a massive manhunt ensued conducted by members of the 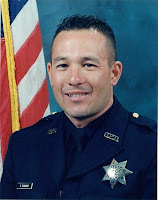 Oakland Police Department, the Alameda Sheriff's Department, and the California Highway Patrol. The suspect was located approximately two hours later after a tip led officers to an apartment building just blocks away from a police substation in East Oakland. As heavily armed SWAT Team Members descended upon the apartment to take the suspect into custody, two more police officers were shot dead inside the apartment with an assault weapon.

A fifth officer, whom police did not identify, was grazed by a bullet; he was 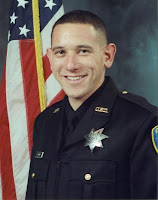 treated and later released from a local hospital. The gunman was also killed in the shoot-out that was described by some as a "Wild West" scene.

Acting Police Chief Howard Jordan identified the slain officers as: Sgt. Mark Dunakin, 40, of Tracy, who was killed during the traffic stop; and Sgt. Ervin Romans, 43, of Danville, and Sgt. Daniel Sakai, 35, of Castro Valley, both members of the SWAT Team that were killed at the apartment where the gunman was holed up. Dunakin was with the department since 1991, Romans since 1996 and Sakai since 2000. 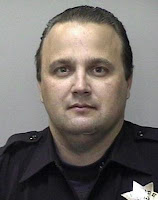 A police spokesman said a fourth officer, 41-year-old Officer John Hege of Concord, was pronounced brain dead but was still on life support Sunday afternoon pending organ donation arrangements. Officer Hege, shot during the course of the first traffic stop, had been with the Oakland Police Department since 1999.

"This is probably one of the worst incidents that has ever taken place in the history of the Oakland police department," said Oakland police spokesman Jeff Thomason. The deaths of officers are nothing new in Oakland, though; the memorial wall in the Oakland Police headquarters shows that at least 47 officers died before Saturday with the last officer killed in Oakland in 2004 when William Seuis, 39, died in a hit-and-run crash. The department has been in operation since 1867.

Tension between the police and citizens has been running high since the shooting death of a 22-year old unarmed man in January by a Bay Area Rapid Transit officer at an Oakland train station. A preliminary hearing was set for today for the former officer who has pleaded not guilty to murder charges but has been delayed to May 18th due to the weekend's shooting deaths.

Tension aside, this weekend was horribly tragic for not only the families of the slain officers but also for their fellow officers from all over the State and for the citizens of Oakland themselves who find themselves living in a pressure cooker.

"In these moments, words are extraordinarily inadequate," Oakland Mayor Ron Dellums told reporters at a news conference Saturday night at Oakland police headquarters. "We come together in shock, in grief, in sadness and sorrow. Our hearts go out to the officers' families who are experiencing a level of tragedy that goes beyond our ability to comprehend."

"These folks leave their homes in the morning, with every expectation of returning," Dellums said, "but they did not." And they never will again.

My heart goes out to the families, friends, and colleagues of these four brave men who gave their all to the City of Oakland and the people they swore to protect and serve.
Posted by Linda at 3/23/2009