My Daughter ... the Zombie 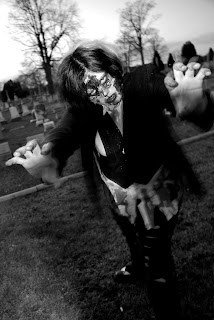 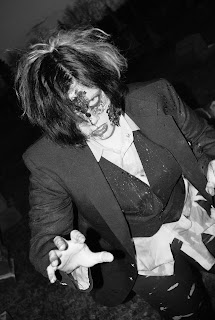 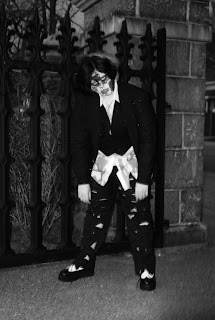 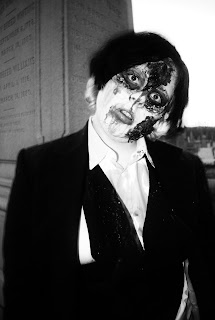 Her current favorite band, Creature Feature, was having a contest so Amanda just had to dress up as a zombie the other day and then go over to the local cemetery for a photo session. As she was still dripping "blood" I made her zombie walk over and she got more than a few strange looks but I guess that was to be expected. While Norwich has it's fair share of strange sights zombies generally aren't one of them! Or are they ...

After coming home from her photo shoot we decided to order Domino's for dinner as I pretty much had nothing in the house and when the doorbell rang Amanda insisted on answering it in full zombie regalia. I had visions of the poor delivery driver throwing the pizza in the air and running off screaming but as it turned out the delivery kid thought she looked 'awesome' and told us he'd just read the Zombie Survival Handbook and was all set for the invasion when it happened.

Sigh ... it appears that we are surrounded and don't even know it! I wonder if I should try to find that book at the local library??
Posted by Linda at 4/14/2009