Seriously? It's Been a Month Already? 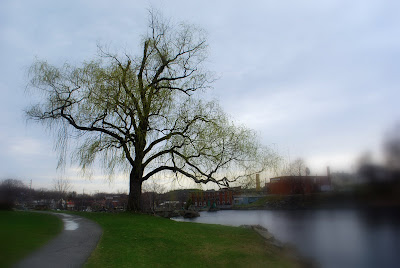 My mother mentioned to me during a phone conversation yesterday that we have officially been in Spring for a full month now but I'm having a little trouble believing that as I think I could count on less than two hands the number of good days that we've had in that past month. The past 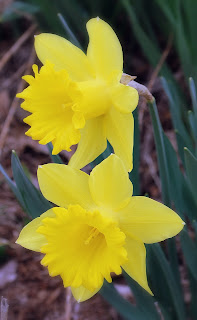 three days have been rainy and borderline cold and enough to make a body think that it's still March and not anywhere close to the end of April.

I know I've been having trouble remembering things lately but I honestly can't remember a winter that has gone on as long as this one has nor can I remember ever being so cold all the time. Of course, that could be because I'm coming down with a chronic case of Old Fogeyism or my iron levels could be bottoming out again as it's been an awful long time since I've had an infusion.

Either way, I'm ready for some warmer weather so I guess it's a good thing I'll be heading out to Las Vegas next week. Of course, with my luck it'll be cold and rainy the whole time I'm there, too! What do you think? Should I pack a coat and gloves?

On a sad note - we are down one member of our household as Amanda found Tardis dead in his habitat last evening. So far Amanda hasn't said anything about getting a new snake and I'm rather hoping she doesn't as it's tough to lose a pet no matter what kind it is. This past Satuday I thought Evra had gone missing when I couldn't find him anywhere in his habitat but thankfully he had just done a really good job of blending in with the bamboo. For awhile there, though, I was really upset about it as I've come to be rather fond of the little green guy. Hopefully he doesn't decide to go the way of Tardis and he's still alive when I get back from my trip West. Fingers crossed on that one!
Posted by Linda at 4/22/2009

Email ThisBlogThis!Share to TwitterShare to FacebookShare to Pinterest
Labels: Spring